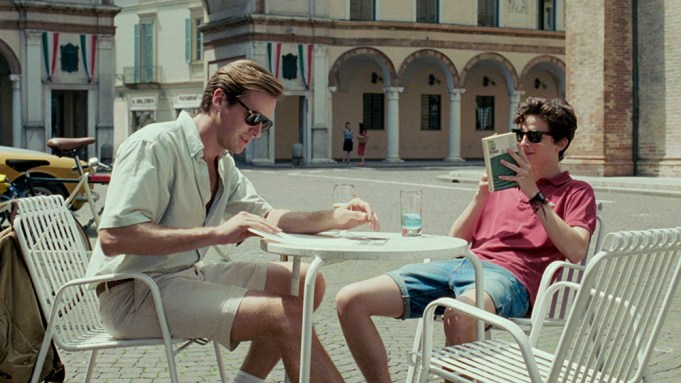 Armie Hammer isn’t quite sure how far along development is on the “Call Me by Your Name” sequel.

“I still haven’t seen a script,” the actor told Variety on Wednesday while promoting his new Netflix movie “Rebecca.” “I don’t know if there is a script and they’re just not giving it to me or if there isn’t a script.”

“Call Me by Your Name” director Luca Guadagnino confirmed in April that a sequel, “Find Me,” is in the works, inspired by author André Aciman’s novel of the same name. At the time, he announced that Hammer and Timothée Chalamet had already signed on to reprise their roles.

“The passion I have is for actors and the characters, and I believe these characters have more things to do and experience and could be interesting to see them growing in life, it’s not about a sequel, it’s about what happens to them, and how to track the actors aging into the characters. … (It seems that) a viable option meets in the middle of what André has created,” Guadagnino told Variety in December.

Hammer said it was written in jest. “People got so excited,” he told Variety. “I don’t think they realized I was actually making fun of how ridiculous people sound on the internet now.