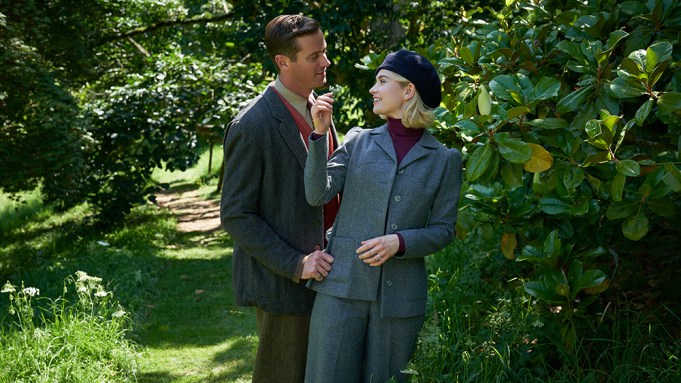 Despite being based on the same novel, Netflix’s latest thriller “Rebecca” is not a remake of Alfred Hitchcock’s Oscar-award winning film from 1940.

Hitchcock’s “Rebecca” is the legendary director’s only film to ever win the Oscar for best picture. Based on Daphne du Maurier’s 1938 novel of the same name, his film starred Laurence Olivier as Maxim de Winter, a wealthy Brit who brings back a new young bride, played by Joan Fontaine, to his Manderley estate, where he lived with his late wife Rebecca.

Eighty years later, Netflix’s “Rebecca” is directed by Ben Wheatley and stars Armie Hammer as Maxim and Lily James as his bride. The actors in this latest adaptation insist they aren’t worried about comparisons to Hitchcock’s classic.

“Ben Wheatley was always very clear that we were adapting the book as opposed to Hitchcock’s movie, so we kind of just tried to ignore that,” James told Variety. “We kind of pushed that right to the back of our minds.”

Hammer admitted he hasn’t seen Hitchcock’s film nor had he read the book prior to signing on to the new movie. “I kind of went into it with a clean slate but then when I got hired, I read the book. Ben Wheatley said, ‘Just don’t watch the movie. I don’t want you to do what Laurence Olivier did. We’re doing our own adaptation. It’s going to be different. It’s going to be modernized,’” Hammer said.

Kristin Scott Thomas, who plays head housekeeper Mrs. Danvers, thinks Hitchcock probably faced similar scrutiny when he decided to adapt the novel. “I imagine when he made his film, they were probably saying the same thing, ‘How could you make a film of this novel?’” she said. “There have been many adaptations since then of the novel, so I don’t really think about it that much. Yes, it is a beautiful film and I admire it very much and I’ve seen it many times, but I think ours is just a different take. It’s a different approach.”

“Rebecca” is available now on Netflix.