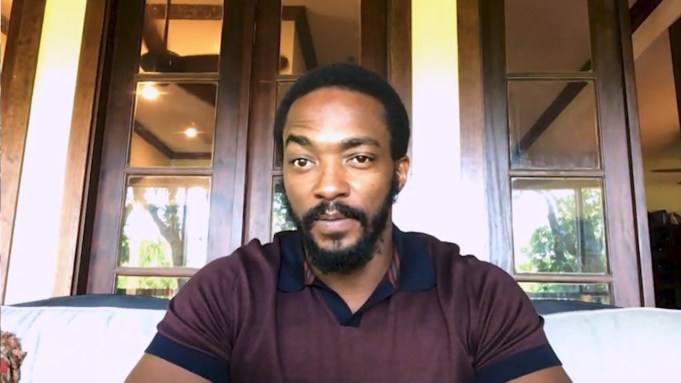 Anthony Mackie has played Falcon seven times in the Marvel Cinematic Universe, starting with 2014’s “Captain America: The Winter Soldier.” In an interview for Variety‘s Actors on Actors issue, Mackie talked to Daveed Diggs about the need for more diversity in Disney’s Marvel movies.

The conversation started out with both actors talking about their most recent projects on TV. Diggs is the star of the TNT drama “Snowpiercer.” Mackie appeared in two Netflix TV shows in the last year: The second season of the sci-fi series “Altered Carbon” and in a stand-alone episode of “Black Mirror,” called “Striking Vipers.”

“What are the ways that you find yourself interacting with the moment?” Diggs asked Mackie about Black Lives Matter. “I find a lot of my interactions are just trying to make things better in the gigs I have in front of me — how can I affect different kinds of representation? What is the thing you feel compelled to do? What is your participation in this moment?”

Mackie responded by mentioning the new Marvel TV series for Disney Plus that he’s starring in. “When ‘The Falcon and the Winter Soldier’ comes out, I’m the lead,” Mackie said. “When ‘Snowpiercer’ came out, you’re the lead. We have the power and the ability to ask those questions. It really bothered me that I’ve done seven Marvel movies where every producer, every director, every stunt person, every costume designer, every PA, every single person has been white.”

“We’ve had one Black producer; his name was Nate Moore,” Mackie continued. “He produced ‘Black Panther.’ But then when you do ‘Black Panther,’ you have a Black director, Black producer, a Black costume designer, a Black stunt choreographer. And I’m like, that’s more racist than anything else. Because if you only can hire the Black people for the Black movie, are you saying they’re not good enough when you have a mostly white cast?”

Mackie spoke about what changes he’d like to see in hiring practices. “My big push with Marvel is hire the best person for the job,” Mackie said. “Even if it means we’re going to get the best two women, we’re going to get the best two men. Fine. I’m cool with those numbers for the next 10 years. Because it starts to build a new generation of people who can put something on their résumé to get them other jobs. If we’ve got to divvy out as a percentage, divvy it out. And that’s something as leading men that we can go in and push for.”

For more from Variety’s conversation with Mackie and Diggs, read our full story here.