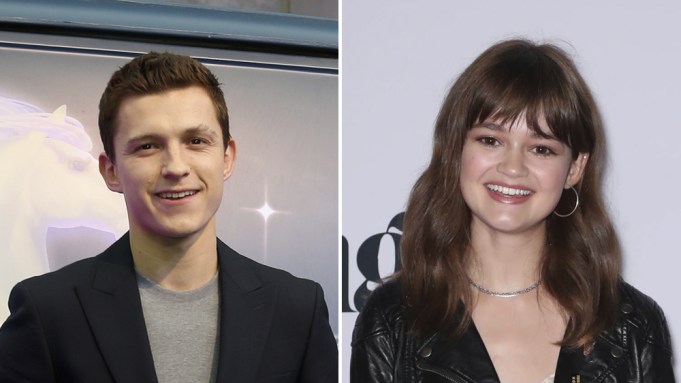 Apple Original Films will debut “Cherry,” the highly anticipated film from directors Anthony and Joe Russo, starring Tom Holland and Ciara Bravo. The film will debut in early 2021 on Apple TV Plus.

In March 2019, Variety exclusively announced that the Russo brothers would re-team with the Marvel star for the project. Rounding out the film’s cast are Kelli Burglund, Jack Reynor, Forrest Goodluck, Jeff Wahlberg, Michael Gandolfini, Kyle Harvey and Thomas Lennon. The film is co-written by Angela Russo-Otstot and Jessica Goldberg.

The film is based on Nico Walker’s semi-autobiographical New York Times bestselling novel, which centers on a former Army medic (played by Holland) who returns home from war with undiagnosed PTSD, develops an opioid addiction and begins robbing banks. Walker wrote the book from prison after he was caught and convicted for robbery in 2011.

“Cherry” is the first film from the directors after wrapping up their four-film run at Marvel with “Avengers: Endgame.” The Russos also serve as producers on the film through their AGBO banner, with AGBO vice chairman Mike Larocca and Chris Castaldi, as well as the Hideaway Entertainment’s CEO Jonathan Gray and president Matthew Rhodes. Executive producers on the film include AGBO’s Todd Makurath, Jake Aust and the Hideaway Entertainment’s Kristy Maurer Grisham and Judd Payne.

CAA Media Finance and Endeavor Content brokered the deal with Apple, which has been reported to be in the $40 million range.

“Cherry” is the latest addition to a slate of high-profile releases for the streamer, including Sofia Coppola’s “One The Rocks” (starring Rashida Jones and Bill Murray), “The Sky is Everywhere” (starring Cherry Jones and Jason Segel), the 2020 Sundance Grand Jury Prize-winning documentary “Boys State” and the Spike Jonze-directed “Beastie Boys Story.” Other upcoming films include Martin Scorsese’s forthcoming “Killers of the Flower Moon” (starring Leonardo DiCaprio and Robert DeNiro), “Emancipation” from director Antoine Fuqua and Will Smith and “Sharper,” which stars and is produced by Julianne Moore.