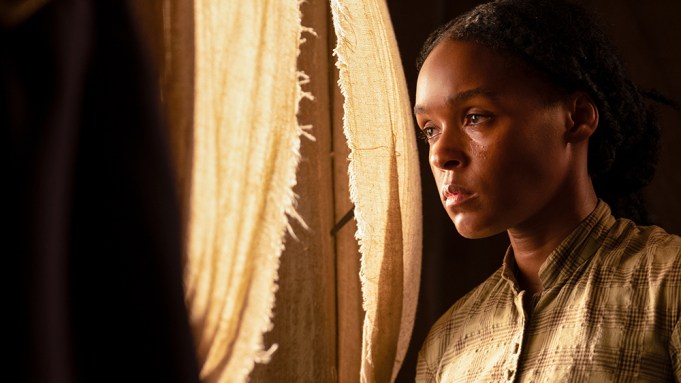 “Antebellum,” a time-bending horror film starring Janelle Monáe, is the latest movie to premiere on digital rental platforms in lieu of its planned theatrical release as coronavirus cases continue to spike.

Written and directed by Gerard Bush and Christopher Renz, the film was initially expected to debut in theaters in August. But since there’s no telling when cinemas, which have been closed since March, will be able to reopen, Lionsgate is debuting “Antebellum” on premium video-on-demand services on Sept. 18. The film will be available to rent for $19.99. However, “Antebellum” isn’t entirely eschewing the big screen — it will be released in some international movie theaters.

“While the theatrical experience will always be the heart of our business, we are thrilled that we are able to seize the opportunity to match Gerard and Chris’s urgent and immediate film with a release strategy befitting this moment of extraordinary change,” said Lionsgate Motion Pictures Group chairman Joe Drake. “Gerard and Chris are storytellers whose work beats with authenticity — not only will this film entertain and thrill audiences worldwide, but spark a discussion about our current world.”

“Antebellum” is hardly the first film to pivot its release strategy amid the pandemic, and it likely won’t be the last. Earlier this week, Disney announced that “Mulan” was skipping U.S. theaters and instead debuting on Disney Plus for a premium price. Other movies, such as “Bill & Ted Face the Music” with Keanu Reeves, Andy Samberg’s romantic comedy “Palm Springs” and the next “SpongeBob” sequel, have moved to streaming services or digital rental platforms.

In “Antebellum,” Monáe portrays a successful author who finds herself trapped during the era of American slavery and must find a way to escape from the horrifying reality. The cast also includes Eric Lange, Jena Malone, Jack Huston, Kiersey Clemons and Gabourey Sidibe.

“While we designed ‘Antebellum’ to be consumed as a communal experience in the theater, we are thrilled by the unique opportunity we have to pivot to a different kind of communal moment in our culture,” Bush and Renz said in a statement. “As we face the realities of systemic racism in our country, which have crescendoed to this current inflection point in 2020, we understand how imperative it is to bring ‘Antebellum’ to the broadest audience possible, while also prioritizing health and safety. It is our ardent hope that by sharing our film widely, both nationally and internationally, we will transform the moviegoing experience from home into a true event.”