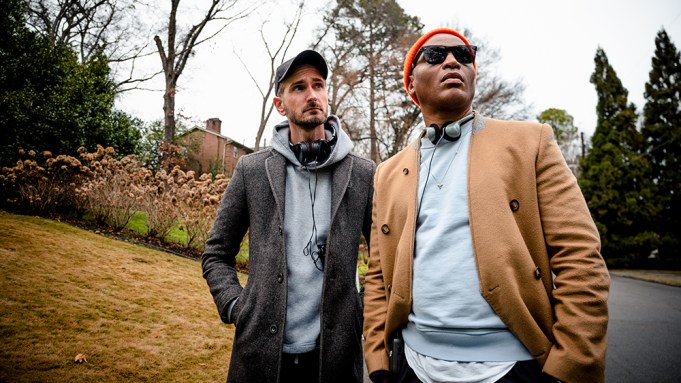 SPOILER ALERT: Do not read if you have not seen “Antebellum,” now available on PVOD.

Filmmakers Gerard Bush and Christopher Renz weren’t worried about pushing the envelope too far with “Antebellum,” their twisty tale of a contemporary Black woman, a slave living on a brutal Southern plantation and the way their fates are intertwined. In fact, one could argue that was their intention.

“I think that we are in this place where art is being policed in such a way that the potency of the medicine that needs to be delivered, is being greatly diluted. Good art, our art is meant to activate and trigger,” Bush told Variety shortly before the film’s release. “I would prefer that you be triggered within the safety of your own home and activated into action, than for this to happen in reality and for us to continue to live in an open-air shooting gallery.”

Janelle Monáe stars as both Veronica (a sociologist and public speaker) and Eden (a slave) in the film, which opens with the William Faulkner quote: “The past is never dead. It’s not even past.” The film’s nearly two-hour run time meditates on that idea – examining how the past influences the present and where they intersect. The twist in the film’s timeline comes about two-thirds of the way through the movie, when the audience discovers that Veronica and Eden are in fact the same person, as the sociologist is kidnapped by white supremacists who force her and other Black people into modern-day slavery. But the final twist explains how the atrocity has gone undetected. In the film’s closing scenes, it’s revealed that Eden and the rest of the “slaves” are being held captive behind the scenes of a Civil War reenactment park.

“The fact that it was current day was really the point of what we were trying to say in the movie,” Bush explained, pointing to the film’s title and its direct reference to the period before the American Civil War.

And with the film debuting amid worldwide protests against racial injustice, he continued, “What I find especially frightening about this moment [in history] is that it’s so prescient in that it feels like preamble; it feels like precursor in this very moment that we’re living in for another Civil War.”

The filmmakers, who go by Bush + Renz, went on to explain how “Antebellum” was an opportunity to present a truly terrifying – and all too imaginable – picture of racial injustice and to keep audiences talking about the subject matter long after the credits rolled.

“It’s so funny to see those reactions from the test audiences,” Renz recalled. “Because you get some folks that say, ‘I knew what was going on from the first quote on the screen.’ And then others who figured out later than we thought that they thought they would. But it was important in that first act to kind of ground the viewer in that world, but also pepper some Easter eggs throughout it — the movie is very different obviously on the second watch.”

Producers Sean McKittrick and Raymond Mansfield (whose QC Entertainment also produced “Get Out” and “Us”) told Variety they were most excited by the prospect that people would want to discuss the film’s message “good or bad.”

“When we were going through even the testing process, one of the questions asked to focus groups was ‘Do you think this could actually happen?’” McKittrick recalled. “And it was 100% yes from the audience.”

“Regardless of sex, gender, age, race, 100% of the focus group, raised their hand, which was surprising,” Mansfield interjected, as McKittrick concludes. “It was surprising and not surprising given the current state of the world. You know, it’s surprising in the sense that you’re shocked, and angry, and kind of sad; but not surprising [if you] turn on the TV and watch the news for 20 minutes.”

Explaining why they wanted to shepherd the film — and its filmmakers, who make their feature directorial debut with “Antebellum” — Mansfield said, “What we’re always looking for is original voices, different perspectives and films we haven’t seen before. And, we hadn’t seen that movie yet. And to provide an opportunity for someone like Janelle to embody that, felt important and powerful and something we wanted to be a part of. There were other themes in there too that really stood out, [like] what you teach your kids lasts for generations.”

For Bush + Renz’s part, the directing pair wasn’t too worried about the reaction to the film’s premise when pitching the concept to studios (the film is distributed by Lionsgate) or financial backers.

“I think that Christopher and I were really fortunate in that we weren’t saddled with this idea that we needed to sell anything. We’re artists, and we went into these meetings and these conversations [with studios] with the mission of identifying a real partner,” Bush explained. “We knew that people would want to get into business with us and, and tell these sorts of stories, but maybe not in the way that we intended.”

“And we were so fortunate that you know, multiple studios were excited about this project. And so we were able to kind of figure out which studio would allow us to get this script on screen without being watered down,” Renz added.

And ultimately, Bush explained, “Antebellum” is meant to be more than simply a “timely” tale. The film’s plot is a warning to the audience and a reminder that we must examine our past in order to prevent it from continuing into our future.

“We need to confront it. And we need to confront the fact that the country was built on the backs of stolen bodies and free labor,” he continued. “And when we can do that, then we have the opportunity to go in and have really meaningful conversations about what do we do next.”