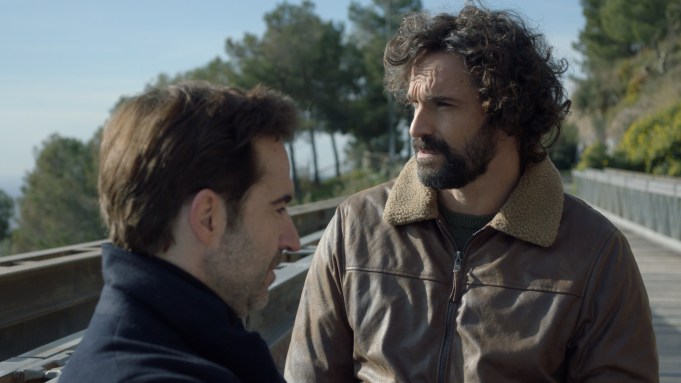 The film is based on the Spanish play “El día que nació Isaac” by Antonio Hernández Centeno, who is also known for his work on such Spanish series as Amazon’s “Caronte” and Netflix’s “Unauthorized Living.”

Described as “a quirky Dogma 95-style story of love and gender fluidity,” “Isaac” focuses on two old friends, Denis and Nacho, who meet again years after having had an intense relationship as teenagers. Now in relationships with their respective partners, the two couples grow close and end up fulfilling each other’s needs.

Hernández and Matamoros co-directed the pic and produced via their Barcelona-based Mr. Miyagi Films.

Toplining the cast are Ivan Sanchez and Pepe Ocio, both of whom currently star in hit Netflix shows “You Cannot Hide” and “High Seas,” respectively. Erika Bleda and Maria Ribera also star.

The actors formed the ideal ensemble, according to the filmmakers. “The best acting is instinctive,” Hernández noted. “It’s not intellectual or mechanical. And we found lots of instinct in the four main actors. Especially when we decided to break the rules and see what happened.”

The film deals with the challenges of family and desire to have children while also exploring the complexities of the human condition and the forces that shape peoples’ lives. “Isaac” encapsulates the hope for a society that no longer responds to the toxic system of values that has resulted from hegemonic masculinity, the filmmakers stress.

“Even though ‘Isaac’ has a layer of an LGBT film, it’s not an LGBT film,” said Alief’s Miguel Govea. “It’s a romance, but it’s a very unconventional romance because it doesn’t go where you think it’s going to lead to.”

Govea was attracted to the complicated and layered story. “I really like those sort of films and that’s what made me want to work with Ángeles and David.”

The film sticks closely to Centeno’s work, he added. “They did not shy away from the controversial issues of the play.”

Praising their vision, creativity and talent for producing, Govea said he and Walker had been wanting to work with the filmmakers for some time and “Isaac” offered the ideal opportunity. “It’s been an organic growth with people who we not only see as colleagues but also look up to. We are really thrilled to represent the title. Sometimes you do get what you wish for.”

On co-directing with Matamoros, Hernández said, “Making a movie is like preparing a cocktail: It requires a balanced combination of selfishness and selflessness, and we are both very good at both.”

Mr. Miyagi’s recent productions include Galder Gaztelu-Urrutia’s Netflix sci-fi thriller “The Platform,” which became its no. 1 movie in the U.S. for some days,  and C. Martín Ferrera’s sci-fi comedy “The Year of the Plague.”