Can AMC Theatres Afford to File for Bankruptcy During the Coronavirus Pandemic? 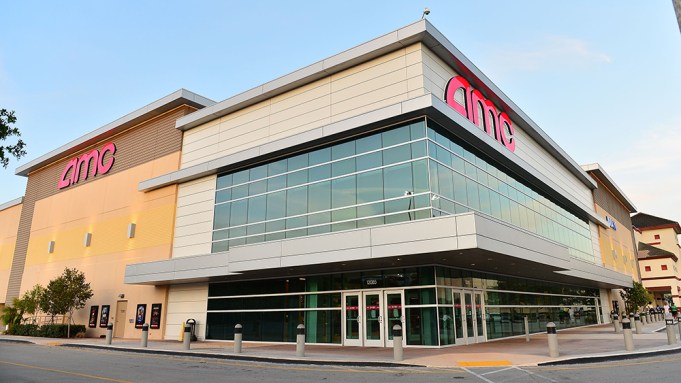 AMC Theatres looks to be on the brink of filing for bankruptcy, a grim but impending reality that was only exacerbated by the coronavirus pandemic causing the entire movie business to shut down.

The likelihood of a bankruptcy reorganization doesn’t mean that AMC’s 634 locations in the U.S. and Canada — and more than 1,000 venues worldwide — will be closing their doors for good. In fact, there are real questions about whether or not AMC can, in effect, afford to go bankrupt in this climate.

Wall Street analysts last week downgraded the company’s stock from “neutral” to “sell,” signaling that the value of the nation’s largest theater chain is expected to diminish in coming months as there’s no clear path forward for multiplexes desperate to reopen. However, AMC’s cash reserves were dwindling even before the outbreak of the virus started to threaten daily life. The company was weighed down by $4.9 billion debt, other people’s money that it used to refurbish existing locations and buy competitors, such as Carmike and Odeon Cinemas.

“There are a lot of uncertainties still out there,” said Eric Wold, a senior analyst with B. Riley FBR. “We don’t know when theaters will be allowed to reopen. On top of that, [AMC] doesn’t have a lot of liquidity options at hand that wouldn’t be detrimental to investors.”

For any company, bankruptcy is always the last option. But that’s particularly true in the time of COVID-19, said Robert Marticello, a partner at the law firm Smiley Wang-Ekvall.

“It definitely presents some unusual challenges,” he said. “What does the process look like in a pandemic? Usually bankruptcy allows a company like AMC to shed unprofitable contracts and keep the leases for profitable locations. But the problem with filing for bankruptcy now is you can’t operate, and it’s not clear when you’ll be able to operate again.”

Because of that, analysts expect that AMC Theatres will be able to work out terms with landlords, possibly by eliminating or deferring monthly rent payments, rather than having to file for Chapter 11 protection.

“What they’re going to end up doing to landlords is saying, ‘Cut us a break. We’re not going to pay rent [while we’re closed], but when we come back, we will pay what we owe you,'” Wedbush Securities analyst Michael Pachter predicted. He thinks AMC will tell property owners, “‘You have to work with us, or we will declare bankruptcy and then you’ll get nothing from us.'”

Cinema owners are in a unique situation since their venues aren’t as versatile as, say, a restaurant that can easily be remodeled. For that reason, analysts note it’s in the best interest of landlords and loaners to find a mutually beneficial resolution in the interim. In the case of AMC, property owners have contributed hundreds of millions of dollars to help the circuit remodel locations to look more luxurious in the hopes that theaters become anchor tenants in developments like shopping malls.

“Landlords have nothing to gain, since the properties have low prospects of being rented to other tenants while the economy is shut down,” Pachter said. “Most likely, landlords will work in good faith with AMC and will get back their foregone rent in the future.”

Still, there are other issues. When most companies enter bankruptcy, they line up debtor-in-possession financing to serve as a bridge loan, allowing them to continue operating until their debts can be rejiggered and a plan can be hammered out for the company to either re-emerge or sell itself. Those loans could be hard to come by given the uncertainty surrounding theater closures.

“You need to have some predictability,” said Brian L. Davidoff, chair of law firm Greenberg Glusker’s bankruptcy, reorganization and capital recovery practice. “You need to have some sense of what the future will look like in three to six months, or even a year. But it’s so cloudy right now that it will be hard to get loans or restructure things. We just don’t know when people are going to feel comfortable going back into movie theaters.”

It’s less plausible, analysts say, that AMC Theatres would be able to sell the entire company. The movie circuit has accumulated a considerable amount of debt, and theaters aren’t able to bring in any revenue for the foreseeable future.

“I don’t think there’s a buyer,” Pachter said. “Realistically, if they sell themselves, it would be to their creditors. The market is telling you it’s not worth very much.”

If some sort of an accommodation can’t be reached, AMC will be forced to embark on the bankruptcy process, something the company is reportedly considering. The chain’s lenders have hired law firm Gibson, Dunn & Crutcher LLP to advise them on restructuring.

A spokesperson for AMC did not respond to a request for comment.

The company has also instituted mass furloughs and pay cuts, with its CEO Adam Aron and board members agreeing to forgo salaries. But Aron’s own future with the company appears cloudy. Arguably, AMC put itself in a precarious financial position under his watch, one reflected in its anemic stock price (shares closed Monday at over $2, but were trading at over $15 a year ago). Like many, the theater chain’s boss also failed to see the threat that coronavirus posed. In an earnings call in February, Aron said, “The economic impact [of coronavirus] has been minimal.” He did go on to note that “it’s conceivable that could change,” if the virus spread to the United States and Northern Europe.

For now, there’s a hazy picture of when theaters might be able to their turn lights back on, and how willing audiences will be to return to see films on the big screen. By the middle of April, major studios have postponed almost every movie that had been set to open until the end of July. The major overhaul of release calendars — a sign that Hollywood companies don’t expect multiplexes to reopen until late summer at best — will be another devastating blow to theater owners. Exhibitors generate a bulk of the year’s overall revenues during the stretch between May to August.

When people do go back to theaters, AMC might finally be forced to yield to the gravitational pull of its messy balance sheet. Debts are cumbersome things. They do, at some point, need to be repaid. Experts believe that once the worst of the public health crisis is over, many companies will be forced into Chapter 11.

“AMC was highly leveraged before this happened,” Davidoff said. “They’re going to have to find a way to shed some debt.”