Blumhouse Thriller ‘You Should Have Left’ to Premiere on Demand in June, Debuts New Trailer 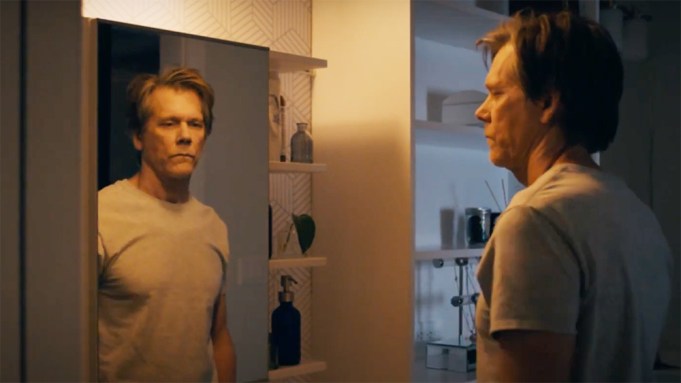 Universal Pictures and Blumhouse Productions have opted to launch the supernatural thriller “You Should Have Left” on premium video-on-demand instead of its planned debut in theaters.

The movie, starring Kevin Bacon and Amanda Seyfried, will be available to rent starting June 19. Along with the release shakeup, the studio also unveiled a new trailer.

It’s the latest revamp in Universal’s schedule in the wake of mass shuttering of multiplexes due to the coronavirus pandemic. Though movie theaters in some states have started to reopen, the majority of cinema chains are still closed.

Judd Apatow’s “The King of Staten Island,” a comedy starring Pete Davidson, will also debut on digital rental services on June 12 in lieu of a traditional theatrical rollout. In April, the studio dropped “Trolls World Tour” on video-on-demand and in drive-ins. Meanwhile, “Fast and Furious” installment “F9,” the next “Minions” sequel, and “Sing 2” were all pushed into 2021.

“You Should Have Left” stars Kevin Bacon and Amanda Seyfried portray a married couple. Bacon’s character is a screenwriter, who travels with his younger wife and 6-year-old to a remote house in the Alps to work on a sequel to his hit film. He begins to lose his bearings when he suspects that a sinister force within the house knows more than he or his wife have revealed, even to each other. David Koepp directed from his own script, based on Daniel Kehlmann’s 2017 novel.

Bacon brought the project to Koepp and the duo optioned it to Blumhouse in 2018. Bacon and Koepp previously collaborated on the 1999 supernatural thriller “Stir of Echoes.” Koepp has writing credits on “Jurassic Park” and “Spider-Man” and directing credits on “The Trigger Effect” and “Secret Window.” The film is produced by Jason Blum, Bacon and Dean O’Toole and is executive produced by Jeanette Volturno, Couper Samuelson and Derek Ambrosi.