Stacey Abrams Voting Rights Doc ‘All In: The Fight for Democracy’ to Stream for Free on Amazon Prime 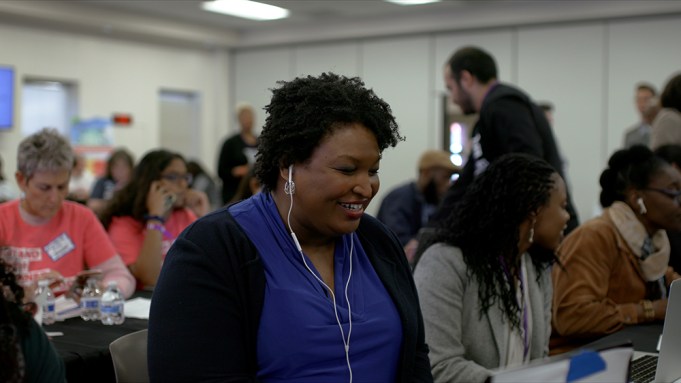 “All In: The Fight for Democracy,” a documentary that examines voter suppression in the United States, will be available for free on Amazon Prime Video on Sept. 22 in support of National Voter Registration Day.

Viewers will have access to the film in front of the paywall for 24 hours, without needing a Prime membership to watch. “All In” will also be streaming for the day across multiple platforms, including YouTube, Twitch and Twitter.

Timed ahead of the presidential election in November, “All In: The Fight for Democracy” connects personal experiences with current activism and historical insight to expose the issue of voter suppression in the country. Anchored by Stacey Abrams, the former Minority Leader of the Georgia House of Representatives, the documentary takes viewers inside the laws and barriers to voting that threaten people’s basic rights as U.S. citizens.

“Voting is fundamental for our country and democracy, and should be accessible and available to Americans everywhere,” Abrams said in a statement. “Today ‘All In: The Fight for Democracy’ will be accessible on multiple platforms in support of voter awareness and registration for all Americans.”

Twitter and Twitch are hosting watch parties on Tuesday while the film streams for free. Abrams and Lin-Manuel Miranda will lead the Twitter watch party starting at 4 p.m. PT, and influencer Neeko is anchoring on Twitch starting at 11 a.m. PT.

Filmmakers Liz Garbus and Lisa Cortés directed “All In: The Fight for Democracy,” which was produced by Garbus, Cortés, Dan Cogan and Abrams.