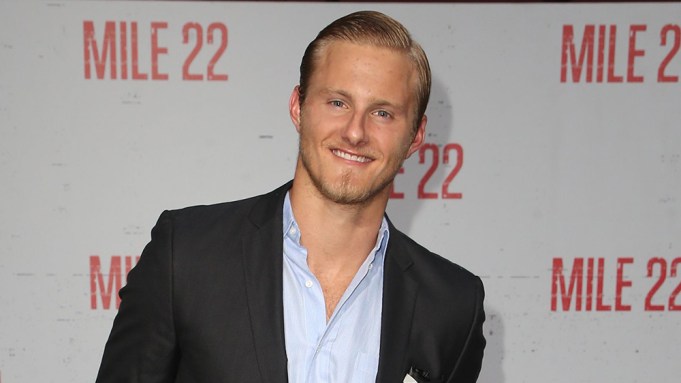 With his towering height and stature, Alexander Ludwig looks every bit the action star, first appearing as Cato in “The Hunger Games,” and more recently as fierce Norse Viking chief Bjorn Ironside on History Channel’s “Vikings” and in “Bad Boys for Life,” the third installment of the “Bad Boys” franchise, with Will Smith and Martin Lawrence.

But despite a superhero-esque appearance, Ludwig has been candid about his own personal struggles. Almost a year ago, in a 15-minute long video that was part of the “Bite the Bullet Stories” series, Ludwig, 27, candidly revealed his path to sobriety, which includes a stint in rehab in his early 20s. He had his first drink at age 14.

“I’m very proud of the decision I made to seek help when I was younger because I needed to. And at the time it was a huge risk for me, both professionally and financially,” Ludwig tells Variety. “I also noticed that when I was struggling, and I was looking at all my mentors, there’d be little snippets here and there like, ‘Oh, this person is sober’ or ‘This person’s sober.’ And that would give me a lot of hope.”

He adds that he hopes being open about his sobriety encourages others to feel less alone in their recovery journeys.

Ludwig credits finding sobriety for his career path since, nabbing a starring role on “Vikings” (currently airing its sixth and final season) and his latest big screen one in “Bad Boys for Life” as Dorn, a member of an elite task force called AMMO. But while Dorn’s squad mates — played by Vanessa Hudgens and Charles Melton — are out busting arms dealers and criminals, Dorn hangs back as the designated “tech guy,” more comfortable wiring hidden cameras and guiding drones than gunning down baddies.

So, Ludwig did what was most logical for the character: bulk up.

“I knew the only way this joke was really going to work is if I was massive because the bigger he was or the more capable he was of being a beast in the field, the funnier — I thought — that he was in the van,” Ludwig said.

He even messaged Dwayne “The Rock” Johnson — with whom Ludwig had worked a decade ago in “Race to Witch Mountain” — for workout tips; Ludwig says Johnson emailed back with a detailed meal and workout plan.

While Ludwig says he has since tossed the Rock-approved regimen out the window since wrapping “Bad Boys,” he may consider pulling up that email again: He is set to play a wrestler in “Heels” on Starz.

A fourth “Bad Boys” film is in development at Sony Pictures.

Watch Alexander Ludwig’s interview in the Variety studio above.