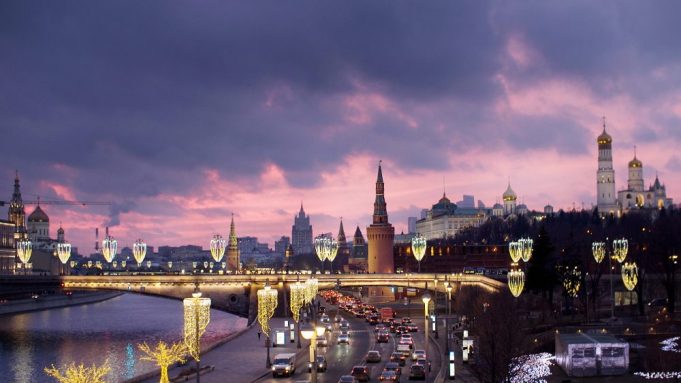 Alex Gibney, the Emmy and Oscar winning documentary filmmaker who has previously investigated everything from Scientology to Theranos, will pull back the curtain on Russian collusion in the 2016 U.S. elections.

Dubbed “Agents of Chaos,” the two-part film will debut on HBO on Sept. 23 in advance of the 2020 presidential contest. The second installment will air on Sept. 24. Gibney previously collaborated with HBO on the likes of “Going Clear: Scientology and the Prison of Belief” and “The Inventor: Out For Blood in Silicon Valley.”

“The was a Herculean effort that was reminiscent of the cleaning of the Augean stables in terms of difficulty,” Gibney told Variety. “While a lot has been written about certain aspects of this story, much of it was done in such a superficial way that it was hard for people to penetrate. We felt there was value in presenting this as one all-encompassing narrative.”

The resulting film is a product of years of reporting on Russian election interference, and features footage inside the Russian troll farms where politically incendiary Facebook posts and viral videos were created and disseminated. Social media content that may have helped sway the race.

“Russia is at the forefront of trying to encourage a discrediting of democracy,” said Gibney. However, he notes that Putin’s efforts were successful because they manipulated an already deeply polarized electorate.

“To a large extent, we failed to affirm our own democratic traditions of embracing fact-based narratives, and instead only looked at information that conformed to our own biases,” said Gibney.

“Agents of Chaos” also makes clear that the outcome of the upcoming White House race has the potential to be swayed Russian election meddling or by that of other countries such as China or Iran looking to exert influence over American democracy.

“It’s intended as a warning cry,” said Gibney. “We want people to be alert and aware of the possibility of interference.”

Among the film’s revelations are an​ ​in-depth account of Paul Manafort’s secret communications with Russia during the campaign from Weissmann. It also notes that the FBI’s “Crossfire Hurricane” investigation was a reaction to reports that the Trump campaign knew about Russian hacking of the Democrats not out of a desire to engage in a partisan witch hunt. To that end, the FBI had been watching the attackers hack people around the globe since December 2014 long before Trump captured the Republican nomination.

“Agents of Chaos” provides an account of the creation of the Steele “Dossier,” memos claiming links between Trump and Russia the helped trigger a political fire-storm. It also looks at Sater’s efforts to build Trump Tower in Moscow.

Javier Alberto Botero co-directed the film with Gibney, having previously worked together on 2016’s “Zero Days,” which looked at a cyber attack by the U.S. and Israel that was directed at Iranian nuclear facilities.

The film brought together Gibney and Lowell Bergman, the former “60 Minutes” investigative journalist who was the protagonist of “The Insider.” Bergman executive produced “Agents of Chaos.”