Go Inside the Almost-Finished Academy Museum of Motion Pictures 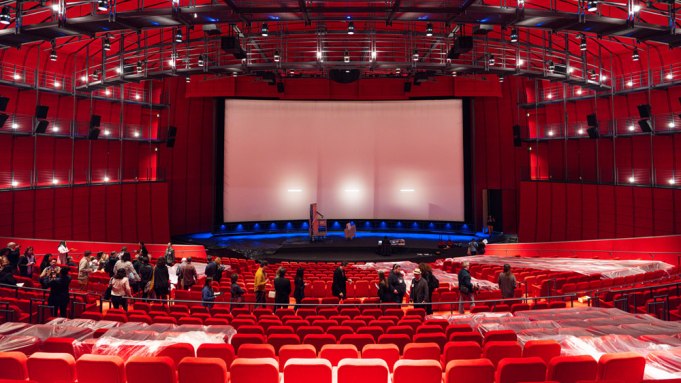 The Academy Museum of Motion Pictures opened its doors on Friday morning — but not for museum-goers.

Members of the press were given a tour of the 300,000 square-foot Renzo Piano-designed campus at the corner of Wilshire and Fairfax boulevards.

“This museum belongs to everyone,” museum director Bill Kramer said. “Los Angeles has never had a movie museum of this scale and yet the motion picture industry and the city of Los Angeles has long recognized the need. In fact, the founders of the Academy envisioned a movie museum in Los Angeles more than 90 years ago and now it’s finally happening. Construction is substantially complete and…the galleries and the exhibitions are starting to be installed.”

It was announced late last month that the museum has received more than $368 million in pledges and cash, or 95 percent of its $388 million campaign goal.

Museum officials have still not announced an opening date, but insist it will happen sometime this year.

Housed in the former May Company department store built in 1939, museum construction began in October 2015. It was originally scheduled to open in 2016.

Among the highlights of the tour were the 1,000-seat David Geffen Theater, which can screen 35mm, 70mm and digital laser projections along with nitrate capabilities. Seats are upholstered in ruby red Italian fabric. The basement-level Ted Mann Theater seats 288 people. The new much-talked about sphere addition with a glass dome — it’s connected to the main building by the Barbra Streisand Bridge — includes an outdoor terrace with a sweeping view of the Hollywood Hills.

The lobby will include a restaurant, with the chef to be revealed at later date. A retail space will include its own entrance on Wilshire Boulevard. Museum admission pricing hasn’t been announced.

“We are building a museum that will fully reflect the wide variety of stories connected to cinema and motion pictures, celebratory stories as well as more complicated and complete stories,” Kramer said. “We want to tell stories from many points of view.”