A24 Closing In on Miranda July’s Sundance Player ‘Kajillionaire’ (EXCLUSIVE) 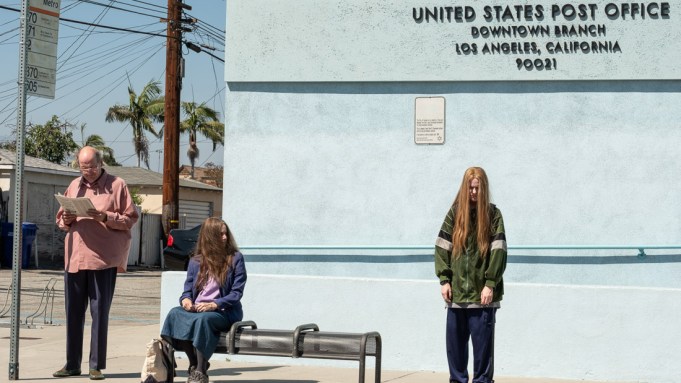 Indie powerhouse A24 is closing in on worldwide distribution rights to Miranda July’s long-awaited third feature film “Kajillionaire,” insiders close to the deal told Variety, fighting off numerous other interested parties in a competitive situation.

The Oscar-winning distributor is outrunning companies including Bleecker Street, Focus Features, and Neon, sources said. The deal that’s expected to close in good faith this week, valued in the mid-seven-figures. The film was financed by Megan Ellison’s Annapurna Pictures and produced by Brad Pitt’s Plan B.

Miranda, an art house movie darling and native of the Sundance film festival, brought her follow-up to 2011’s “The Future” to Park City this week, to positive response for its touching queer love story.

Representatives for A24 and UTA, who is brokering the sale on behalf of Miranda, had no immediate comment. A24 has been active at the festival with films it produced in-house, “Zola” and the delightful “Minari.”

More to come. Read the full synopsis for “Kajillionaire”:

Con artists Theresa and Robert have spent 26 years training their only daughter, Old Dolio (Evan Rachel Wood), to swindle, scam, and steal at every opportunity. During a desperate, hastily conceived heist, they charm a kind stranger, Melanie (Gina Rodriguez), into joining their next scheme, completely shaking up Old Dolio’s routine. Her unlikely connection with Melanie begins to challenge Old Dolio’s odd and stoic reality—and she finds herself suddenly caught between the only family she has ever known and the prospect of total freedom.