Continue to Variety SKIP AD
You will be redirected back to your article in seconds
Aug 26, 2020 10:48am PT 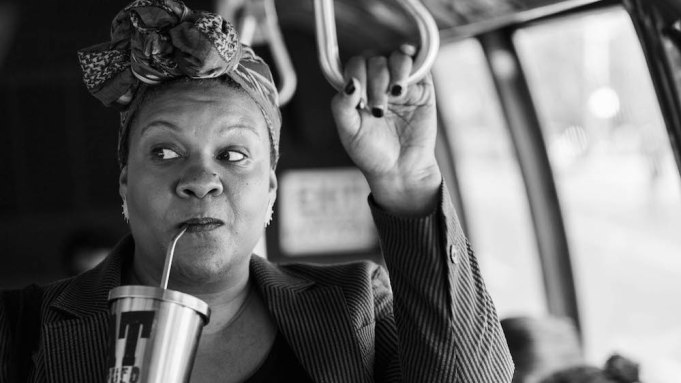 Radha Blank overcomes failure as a playwright by reinventing herself as a rapper in Netflix’s first trailer for “The Forty-Year-Old Version.”

The footage starts with Blank teaching a playwriting class in New York City as one of “30 under 30 Playwrights to Watch.”

“Remember, if you put in nothing, it will be nothing,” she tells her students. In true New Yorker fashion, one of them snarkily asks, “Like your career?”

Blank, who won the U.S. dramatic competition directing award at the 2020 Sundance Film Festival, helmed from her own script about a down-on-her-luck New York playwright who decides to salvage her artistic voice the only way she knows how — by becoming a rapper at age 40.

“What about me doing hip-hop?” she asks her friend, portrayed by Peter Kim. “Doing what to it?” he responds.

The film was shot almost entirely on 35mm black and white film by cinematographer Eric Branco, who shot “Clemency.”

Variety’s Peter Debruge gave the film a strong review at Sundance: “As a performer, her timing is impeccable, earning extra laughs through body language and facial expressions that show she could have quite the acting career ahead of her.”