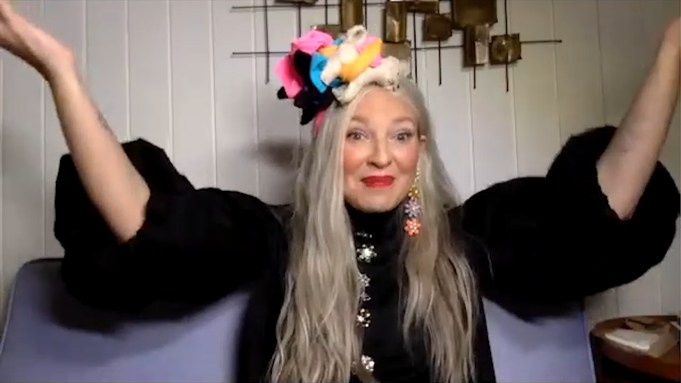 Sia first announced her plans for her directorial debut, “Music” at the 2015 Venice Film Festival. But the story germinated over fifteen years ago when she penned the short story, still the “Chandelier” singer tells Variety’s Executive Editor of Music Shirley Halperin that she never saw herself as a director.

Speaking as part of Variety’s Power of Women: Conversations, presented by Lifetime, Sia talked about how fellow screenwriter Dallas Clayton helped her find the confidence to direct. “I thought, ‘How hard could this be, it’s like making a music video but every day for 40 days?'”

Hudson plays the free-spirited Zu estranged from her family, who suddenly finds herself the sole guardian of her half-sister, played by Ziegler, a teenager on the autism spectrum, who learns that life’s obstacles can be made easier with a little help from their neighbor, Leslie Odom Jr.

Sia says she used Twitter to cast the film, tweeting everyone to be a part of the film, and they all said yes.

Of Ziegler who plays the title character Music, Sia calls her, “the most professional person I’ve ever worked with.” In the film, Ziegler’s character is, “non-verbal and she has a little echolalia who can repeat what you say to her, but she doesn’t generate her own language. Sia admits she was scared to address the issue directly, “because if I made it clear [what her diagnosis was, then I might offend somebody.]”

The film also features ten new songs and musical pieces. Through fantastical musical sequences, she paints an alternative world for Music and the cast of characters.  She worked with costume designer Christine Wada (“Bridesmaids”) to help deliver her vision. “I did drawings for all of them, except for “Mountains.” She definitely improved on my idea. I love costume design, but I can’t make it, but I can draw it,” the singer says of their collaboration.

On the first day of shooting, Sia gathered the cast and crew in a huddle and said she told them, “I want you to work every day knowing that we’re trying to show love for all of the caregivers, and for all of the people on the autism spectrum, that this movie is for them. If we can keep our egos out of it, that would be great.” She adds she only had to fire two people. “We ended up with the best film because we came to work every day with the best intentions.”

Sia says growing up she had wanted to be an actor, but when she was in Italy she got up to sing karaoke and a DJ gave her the equivalent of $80 to be on a house song he was working on. The rest, as they say, is history. “Suddenly, I was a singer, but I like doing impressions and I do like telling stories.”