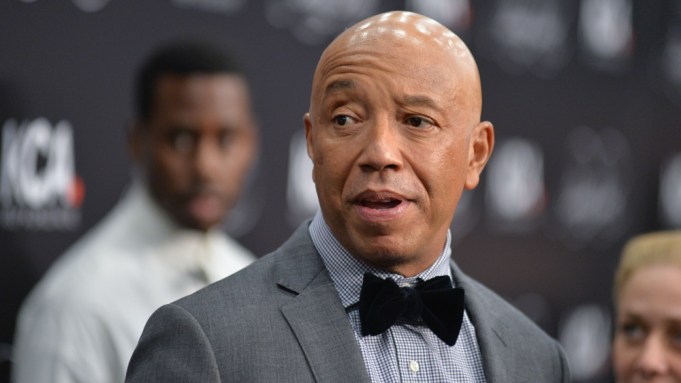 “On the Record,” a devastating look at many of the women who came forward to accuse music mogul Russell Simmons of rape and harassment, premiered to not one, but two thunderous standing ovations at the Sundance Film Festival on Saturday. The warm reception came as the film has become engulfed in a media firestorm, one sparked by Oprah Winfrey’s decision to remove herself from the project as executive producer. That move left “On the Record,” which had been slated to premiere on Apple’s new streaming platform, without a distributor.

“You’ve seen this film,” Kimberlé Williams Crenshaw, an attorney and civil rights advocate who is featured in the movie, said during a question and answer period. “The question is will anyone else see it? So whatever can be brought to bear to make sure that this doesn’t get snuffed out — think of all the history of what has already happened and say never again.”

“On the Record” is directed by Kirby Dick and Amy Ziering, who previously collaborated on “The Hunting Ground,” an examination of sexual assault on college campuses. In an interview with the New York Times, Winfrey has acknowledged that she was pressured by Simmons to cut her ties to the film, while insisting she believed the women who accused him of rape and assault. She said she was concerned that the film did not fully deal with inconsistencies in one of Simmons’ accusers accounts. In an emotional Q&A, Winfrey went unnamed, but it was clear that her decision to distance herself from the project had left raw feelings.

“We wanted to thank the Sundance Institute and the Sundance Film Festival for their amazing support,” said Ziering shortly before the film unspooled. “For standing strong. For never blinking. These are difficult times and it’s important to stand up for truth and justice.”

Even before the film started, the audience leapt to its feet, signaling their support for the women who spoke out against one of the most powerful figures in the entertainment industry and for the film that recounted their struggles. “On the Record” has also made waves because it is directed by two white filmmakers while examining the alleged crimes of a black mogul who is accused of raping numerous black women. Drew Dixon, a former music executive, who says that Simmons harassed and raped her, defended the directors.

“A lot of this is about power and ecosystems of power,” said Dixon. “And all of us have kept our stories to ourselves for decades and there are people within that ecosystem who knew our stories. Some of those people are filmmakers. It’s an entertainment industry story after all, right? But nobody told our story. Because the people who knew our story were subject to the same ecosystem. And to me, this is where allies matter. Allies who are not subject to that same dynamic. They have traction that they can use to pull you forward.”

Dixon was one of several survivors who joined Dick and Ziering on stage after the credits rolled. The full house included Rosanna Arquette, an actress who accused Harvey Weinstein of harassment.

Dixon acknowledged that watching the film at Sundance marked a seminal point in a long road towards sharing her story with the wider world.

“I feel like this has been like a gestation period and I don’t know if it’s been two years or 22 years, but I feel like the baby has finally been born,” said Dixon. “We are here. We midwifed the baby into the world and it’s just the beginning.”