Film News Roundup: Comedy ‘Save Yourselves!’ Bought by Bleecker Street 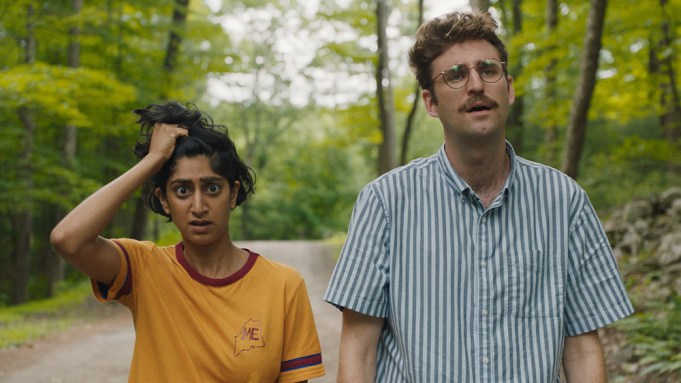 Bleecker Street has bought worldwide distribution rights to the survivalist romantic comedy “Save Yourselves!”

The film, directed by Alex Huston Fischer and Eleanor Wilson from their own script, stars Sunita Mani and John Reynolds, who portray a Brooklyn couple who find themselves dependent on technology and unable to put down their phones. They seize the chance to head to an isolated cabin in the woods but are blissfully unaware when aliens attack the earth.

“Save Yourselves!” premiered at Sundance in the dramatic competition. It will be released in theaters in the summer.

The film is produced by Keshet Studios’ Mandy Tagger Brockey and Adi Ezroni, alongside Kara Durrett.

The film, directed by Omar Naim, will be available in theaters and on demand March 6. Kebbell and Mitchell play a loving couple who encounter an ancient evil force which slowly takes his mind and body.

“Omar continues to explore unique premises in his stylish genre films, and Toby Kebbell’s unhinged performance will keep audiences on the edge of their seats,” said Tony Piantedosi of Gravitas Ventures.

Piantedosi negotiated the deal with Cole Payne of Traverse Media.

Terms of the transaction were not disclosed. Media Services provides software offerings, including digital payroll tools, accounting solutions, and its Showbiz suite of products.

Media Services will continue to operate as a distinct brand under the leadership of Barry Oberman, Chief Executive Officer.

Neon recently bought rights to the 2003 crime drama “Memories of a Murder” and will be re-releasing the film in theaters before its home video release.

Criterion did not disclose when it will release the special editions.

The festival, which runs during March 20-26 at the Fine Arts and Lumiere Music Hall in Beverly Hills, will also show Robyn August’s “Party With Me,” Olgun Ozdemir’s “Scent of my Daughter” and Manolo Manguia’s “Hous3.”

The full lineup of films will be announced on Feb. 27. “We pride ourselves on not just following the lineups of other festivals but in finding new films and discovering new talent,” said Don Franken, executive director.