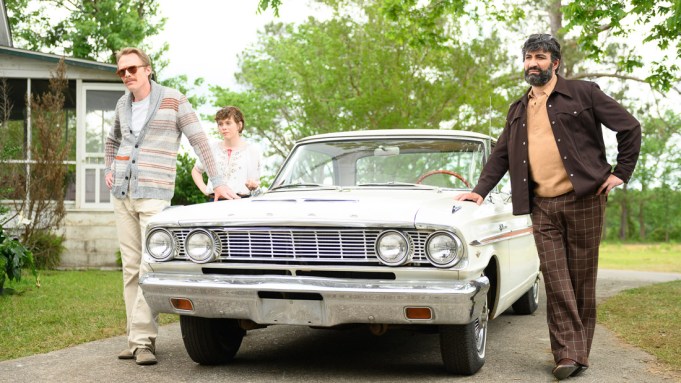 Amazon Studios has bought “Uncle Frank,” an acclaimed drama about a closeted gay man forced to come out to his Southern family in the 1970s. The film debuted this weekend at the Sundance Film Festival.

UTA Independent Film Group brokered the deal, which insiders valued at $12 million, individuals close to the talks said. Amazon had no immediate comment.

Alan Ball, the writer of “American Beauty” and the creator of “Six Feet Under” and “True Blood,” directed the film and wrote the screenplay. Paul Bettany, liberated from the extensive makeup he rocks as Vision in the Avengers films, plays the lead, and has already earned some awards chatter. The cast includes Sophia Lillis, Peter Macdissi, Judy Greer, Steve Zahn, Lois Smith, Margo Martindale, Stephen Root, and Lois Smith.

The film follows Beth (Lillis) as she begins her studies at New York University, where her estranged uncle Frank (Bettany) is a famous literature professor. She discovers that Frank is gay and living with his longtime partner, Wally (Macdissi). The sudden death of the family patriarch (Root), forces Beth, Wally, and Frank to return home.

In his Variety review, Dennis Harvey wrote, “Well-cast and gracefully handled, this is a nuanced plea for loving acceptance that should appeal to a fairly broad audience.”