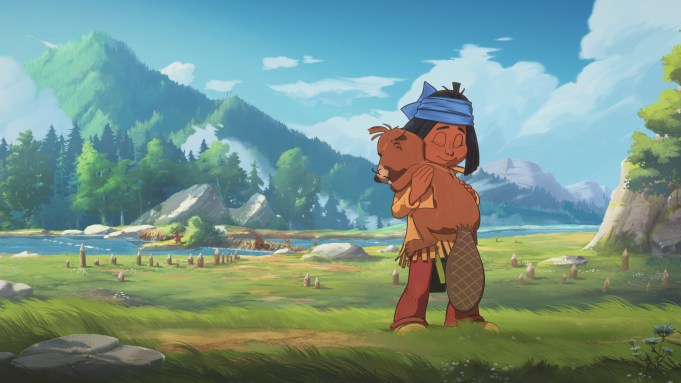 Paris-based Bac Films has closed multiple territories across Europe and Africa as well as Canada on family adventure “Yakari,” an animated feature reboot of the cult 1970’s franchise.

Based on the French-Belgian comic strip first published in 1969 and created by Job, Derib and Dominique, “Yakari” has also been adapted into two popular TV series, the first in the 1980s and another one running from 2005. The comic book collection comprises 38 albums published between 1969 and 2014 that have sold 5 million units to date. One of Europe’s best known comic properties, “Yakari” strips have been translated into 19 languages and sold best in Scandinavia, China and Germany, according to Lombard, the French publishing house of “Yakari.”

Xavier Giacometti, who has directed the long-running animation series, wrote and helmed the movie with Toby Genkel. The film “emphasizes the importance of friendship, respecting animals and discovering the world through the eyes of a child, and it also carries a message about the environment,” said Marine Goulois, head of international sales at Bac Films, who is attending the San Sebastian Festival’s industry showcase.

It follows the adventure of a young Sioux Native American who has the ability to communicate with animals and can always count on his totem animal, the Great Eagle, for advice.

“Yakari” is one of the rare independent animated movies which was released soon after theaters reopened in France and Belgium and has performed well in both territories. In France, the movie was released by Bac Films on Aug. 12 and grossed over $1.5 million from an 250,000-plus admission haul, as of Sept. 7.

“We find it very encouraging to see the healthy performance of ‘Yakari’ in theaters because it shows that there is room now for films that aren’t either smaller Indies or U.S. movies,” said Goulois.