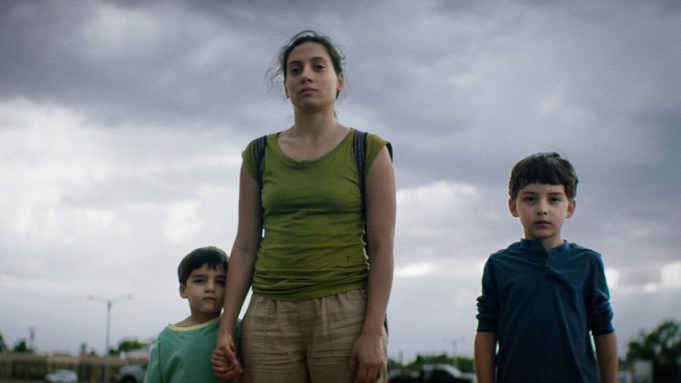 A co-production between Cebolla Films and Valebrije Producciones, the film dives into the harsh realities facing a Mexican single mother, played by Martha Reyes Arias, as she and her two kids arrive in Albuquerque, New Mexico with hopes of a better life.

Following up the four-time Mexican Academy Ariel Award-nominated “We Are Mari Pepa,” Leopo’s debut feature, the Mexican director explores with an unflinching eye the stark reality of immigration through the gaze of two brothers Max and Leo, played by Maxilimiliano and Leonardo Najar Marquez, locked in their apartment as they wait for their mother to come home after long shifts at work. Between those four walls they endure, taking care of one another like a “wolfpack,” the nickname their mother loving uses for them.

Loosely based on biographical memories- something that Leopo also brought to his debut- the film jumps between live action and 2D animation, as seen in the trailer, while the brothers reconcile reality and fantasy. Seen and felt through their eyes, the story is imbued with a sense of innocence and humanism while bringing themes such as identity and immigration front and center. Without trying to be comforting, the film never loses its glimmer of hope.

In a YouTube video answering questions from Mexican film students, Kishi explained his philosophy, “The filmmaker must be a humanist, has to share their films. They are in debt to society and this I fervently believe. The filmmaker must generate empathy, challenge the audience, or provoke them.”