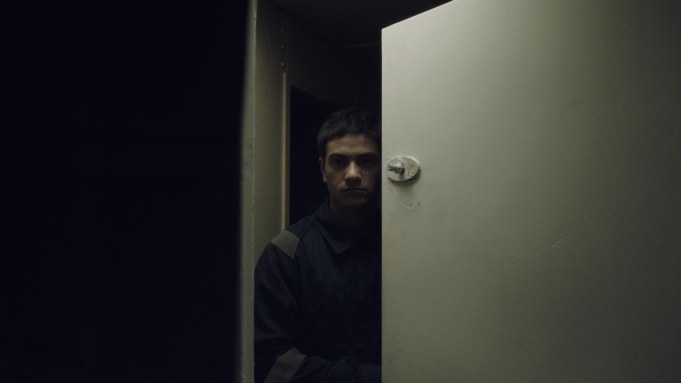 BERLIN  —  Square Eyes dropped Monday the trailer of “Window Boy Would Also Like to Have a Submarine” following its world premiere in the Berlinale’s Forum. The low-fi story has been in the works for some time, returning to the Berlinale after having been at the Script Station, as well as also passing though Binger Filmlab,  San Sebastian’s Europe-Latin America Co-production Forum and the script workshop of La Habana Festival, among others. The film has already garnered a nomination for the GWFF Best First Feature Award and selection for the New Directors/New Films program at the Lincoln Center and The Museum of Modern Art.

The story follows a solitary deckhand on a cruise ship who discovers in the ship as it follows the cost in Patagonia  a door that leads to a woman’s apartment in Montevideo. At the same time, a group of villagers discover a never-seen before cement hut in the middle of the jungle, near their settlement in the Philippines. As seen in the trailer, the film is full of enigmatic images, it’s a mystery box that slow but steadily unveils its protagonists, lonely characters that imbue the film with a sense of longing.

Your film has a very strong concept, reinforced by visual contrasts, be it the cement hut on a hilltop in the middle of the jungle, or passageways and staircases deep in the bowels of a ship that leads to a woman’s room. What was the genesis of  your movie?

All this began ten years ago, I had moved to Buenos Aires, I am Uruguayan and I studied cinema in Buenos Aires. And as I travelled on the ferry from Montevideo to Buenos Aires, which is a three hour ride, I discovered that there was a life that I had in Montevideo and one that I have in Buenos Aires, that gave me a big sense of freedom. And I thought: What if this ship can lead to two possibilities in the world, it can open countless possibilities. That is how the idea of this fantastic ship that links two spaces, near and distant, that are connected was born.

Latin American cinema has the tendency  and manages to play with different genres without ever falling into one completely. You pose a fantastic story that is solved in a very restrained way. A story framed within genre, which does not feel like genre at all. What were your interests when using sci fi?

To me genre is not something that particularly interests me, on the other hand it offers narrative efficiency. I have an interest in cinema from a poetic point of view, the relationship between materials that are unrelated – there is a tradition of thinking about poetry as the chance encounter of an umbrella and a sewing machine on the dissection table, to use  an image of Lautremont. It has to do with the encounter of things that have no relation. That misalignment interests me in cinema and I think there the fantastic comes into play. Because it allows us to create a game of associations that opens up the possibility of language. I think it has more to do with language than with gender.

Well, it’s editing and staging, I know that working with fixed shots  when using fantastic elements has its limitations. My work tools are the off screen and the frame within a frame. To achieve and sustain a tension I look for the entry of an element  that gives new meaning to the relationship of the elements in the shot and its off screen. Many shots have editing masks that I use to achieve a narrative tempo. All spaces are transited and all entrances and exits were used which generates a rhythm, an off-field force, a plastic tension.  I felt that I have to steal some information so that there is something not quite said.

In film any scene translates as behavior over time. Your actors have very few moments where they express themselves with their voice, yet your film manages to pul off sustained shots with almost mute characters without ever losing rhythm. What was the process with them? What were you looking for?

I thought the movie was going to last 110 minutes and it lasts 85. That seems fine. There is some of this silence, there is never really silence, when there is no mobility the off screen and sound are working. For me, – and this is after work conceptualization – my first impulse is not to rely on dialogue and make them talk but this more geometric sense of the system of relationships within the shot, of working through shot entrances and exits, generating frames within frames. In general I tend to solve things this way. But of course the other material is the actors, who are all non-actors in the film. The Philippines talked a lot which was very nice because it created its own rhythm. Window Boy happened that not to talk that much and I liked his silence. We found his presence in very clear actions. Inés who is a screenwriter, has an incredible sense of how to handle narrative through the use of her body.