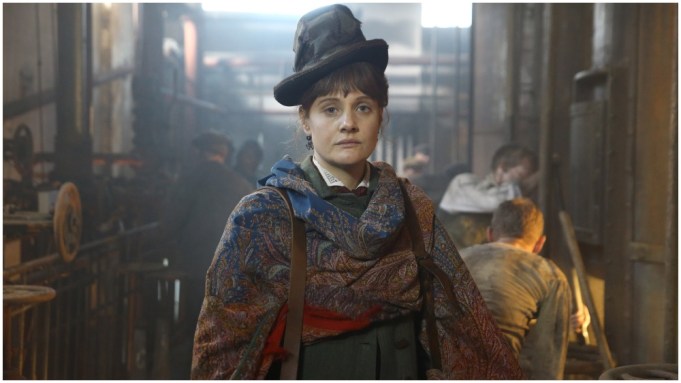 Venice Golden Lion contender “Miss Marx,” starring Romola Garai as the spirited daughter of philosopher Karl Marx, has secured its first tranche of international deals ahead of the September fest. (Watch the film’s exclusive trailer above.)

Written and directed by Susanna Nicchiarelli (“Nico, 1988,” “Cosmonaut”), with Celluloid Dreams serving as international sales agent, the film has been picked up by DDDreams in China and B-Team in Spain. In Italy, 01 — the distribution arm of RAI Cinema — will distribute the film, which is produced by Vivo film with Rai Cinema and Tarantula.

In what appears to be a refreshingly rock ‘n’ roll take on history, Garai (“Atonement,” “Suffragette”) plays Marx’s youngest daughter Eleanor, a strong feminist and socialist who takes part in workers’ battles and fights for women’s rights, as well as the abolition of child labor. The film also details her tragic relationship with Edward Aveling (Patrick Kennedy), whom she meets in 1883.

Nicchiarelli — who found acclaim with 2017’s “Nico, 1988,” which picked up best film in Venice’s Horizons section — said Eleanor’s story provided her “an opportunity to explore startlingly contemporary themes within a period context.”

“But to do so properly, I was determined to first study and then overturn the clichés of the costume drama. I tried to subvert the image of a Victorian heroine and replace it with a modern, emblematic picture of a woman fighting battles on both the personal front and the world stage,” said Nicchiarelli.

“I believe that Eleanor’s story requires delicate irony: her love life was both absurd and tragic, her plight more than familiar to women today. But the story also demands profound respect: Eleanor’s battles and those of her peers are just as modern and urgent today as they were in the past.”

Venice runs from Sept. 2-12. The festival revealed its official selection earlier this week — a largely European affair due to COVID-19 travel restrictions, though a landmark year for the festival, with more representation among female directors and new filmmakers.