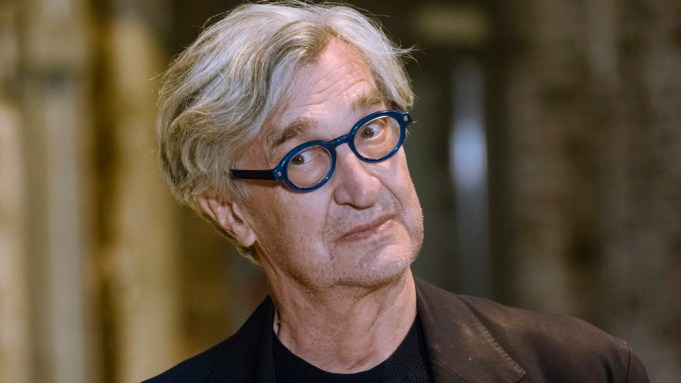 Three-time Oscar nominee Wim Wenders, the director of “Paris, Texas,” “Wings of Desire” and “Buena Vista Social Club,” joined the “Life Through a Different Lens: Contactless Connections” talk earlier this week. Held by the Venice Film Festival and Mastercard, the virtual event allowed him to reminiscence about his beginnings. “I had no intention of becoming a filmmaker. I wanted to be all sorts of things, from a priest to god knows what, and trying to become a painter I ended up in Paris. Where else? That’s where I discovered the Cinémathèque Française, because I lived in a tiny, unheated room and the Cinémathèque was warm!”

Soon, he started to pay attention to the screen as well. “The first retrospective I followed was dedicated to Anthony Mann. He might not be recognised as one of the greats, but I learned so much from this man.” Always inspired by American cinema, Wenders also mentioned his other “true master,” Yasujirō Ozu. “He had 52 titles to his name and in my book, they are all one long movie. True masters convey a certain attitude towards the world,” he said. “Cinema is all about trying to make sense of things, of your purpose. As a young filmmaker you might not know it yet, but you will – precisely by making films.”

Currently working on two documentaries, Wenders pondered the concept of a “true story.” “It seems like a contradiction. In my life, a ‘story’ never happened to me. There was something else helping me: places. If I liked a place, whether it was a city or a landscape, I would think about a story that could happen there and nowhere else. Also, how can you believe in something when you already know the ending? I solved it by discovering the genre of road movies. You just follow the road.”

Famous for his use of music, Wenders opened up about his process. “I am happy when the music is there from the beginning. Or when it’s the subject of the film, like with ‘Buena Vista Social Club,’ because you are not adding it – you are filming it. For ‘Paris, Texas’ it needed to be composed and only one person could do it: Ry Cooder. The story about [Louis Malle’s] ‘Elevator to the Gallows’ was that Miles Davis stood in front of the screen and improvised to what he saw. So we found an empty cinema and the guitar of this man became another camera.”

The German director also mentioned something he dreads the most: casting. “I knew that Bruno Ganz and Otto Sander were going to be angels in Berlin. Ideally, you know before. The sad truth about casting is that people enter and you already know it won’t work.” But some of them still show up in his films. “There was this young woman, her name was Michelle Williams. She was the last to come in for ‘Don’t Come Knocking’ and she wasn’t right for the part. But I liked her very much and when the film got postponed, I decided to make another one [‘Land of Plenty’] – with that last actress I saw! All because of a hopeless casting session.”