Continue to Variety SKIP AD
You will be redirected back to your article in seconds
Sep 10, 2020 10:02am PT 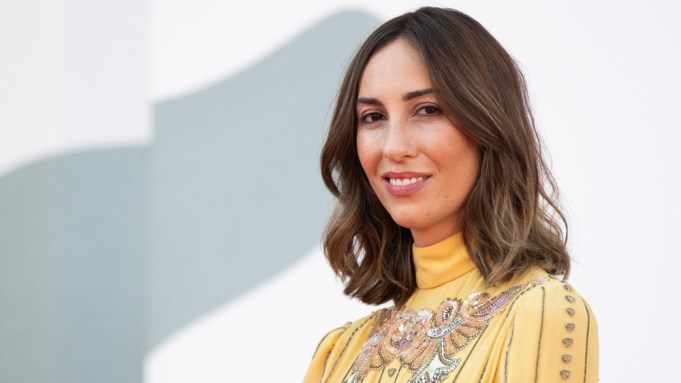 Back at the Venice Film Festival with Andrew Garfield starrer “Mainstream,” presented in the Horizons section, Gia Coppola took part in the “Life Through a Different Lens: Contactless Connections” talk on Friday – following in the (virtual) footsteps of Demi Moore and Nadine Labaki. During the chat, hosted by the festival and Mastercard, she looked back on her first visit with feature debut “Palo Alto” in 2013. “It feels sentimental,” she admitted. “But hopefully also like a good new tradition!”

“Mainstream,” also selected to screen at the Telluride Film Festival prior to its cancellation, features Maya Hawke, Nat Wolff and Jason Schwartzman, navigating the world of social media stardom. “It was enlightening to work with that level of talent. Andrew is one of the greatest actors of our generation and Maya is a new talent, so to explore that dichotomy was interesting and fun,” she said.

“I find inspiration in talking to people, reading books, photography. Even having a beer with friends can ignite inspiration. You never know! With ‘Mainstream’ in particular, I felt it really ignited when I saw [Elia Kazan’s] ‘A Face in the Crowd.’ Or when I talked to my friend, who was working with social influencers, about what it meant and the popularity behind this world that I didn’t quite understand. I tend to navigate towards things I find scary. I am not brave, I just can’t help it.”

When asked about her famous roots, Coppola shared the advice she was given – “I have heard that anxiety is a part of it, so just learn to love it. That one came from my grandpa” – and underlined that despite that recognisable name, she is forging her own path. “I am fortunate that I have wonderful people to turn to for advice, but they are very understanding that it’s my own journey and my own self-expression,” she noted. “I was raised in this environment, so it feels comfortable. I was very shy, so to hide behind the camera and just be an observer felt very safe.”

Longing to come back to movie theaters, she shared her first important cinema experience. “I don’t know if it’s a real memory, but I remember watching ‘Bambi.’ It was the first time I experienced sadness in a movie. Feeling this energy in the loom, the laughter, crying and gasping – there is nothing like it. It’s not about money or fame – it’s about telling your story and making people feel like they are being seen and their emotions are real and valid. For me, ‘Mainstream’ was the most pivotal thing I have gone through recently. It has shifted who I am.”

“Mainstream,” co-written by Coppola and Tom Stuart, had its world premiere at the Venice Film Festival on Sept. 5.