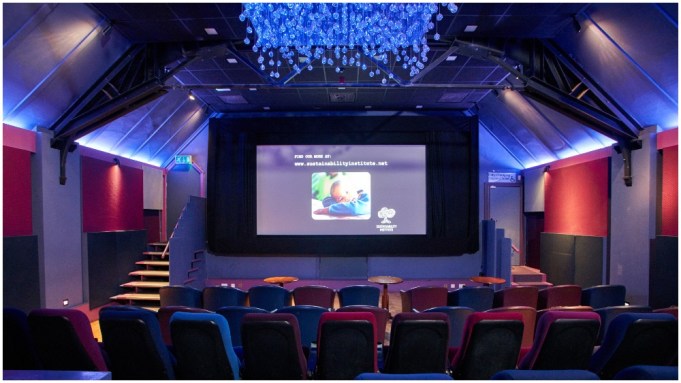 The U.K. Cinema Association, the trade org representing 90% of U.K. cinema operators, has launched a social media campaign aimed at persuading government to provide further funding for its COVID-affected members.

Titled ‘Keep the Magic Alive,’ the campaign has been launched via a short film narrated by actor and writer Stephen Fry (“Wilde”) that reminds viewers of the contribution cinemas make both to individual and community well-being, and issues a call for people to contact their local member of parliament to ask the government to step in.

Several smaller venues have received funding through the British Film Institute and the administrations of Scotland, Northern Ireland and Wales. However, the UKCA is concerned the support may not be sufficient given ongoing restrictions and lockdowns many face, but also that the largest operators, who account for some 80% of the U.K. cinema market and provide the critical mass for the sector, have so far received no targeted support over and above that offered to business in general.

“We are hugely grateful to government for the furlough scheme and other business support, all of which has helped to see our members through the COVID crisis to date,” said U.K. Cinema Association chief executive Phil Clapp, “but given ongoing challenges, we believe that many cinemas will need further direct funding if they are to survive and recover in 2021.”

“For our smaller operator members, that may mean additional finance over and above that already provided through the Culture Recovery Fund. But crucially for our larger members, who have so far received no targeted support and account for the vast majority of employment and audiences, that means direct funding to help bridge the increasing revenue gap they are experiencing,” Clapp added.

“The positive response from the public when cinemas were briefly allowed to re-open in summer after the first lockdown was overwhelming. We now need to draw on that affection to ask people to make clear to their MP how much they would miss local cinemas if — as is still possible for many — they were required to permanently close.”

“This is not just about cinemas as places of entertainment, important though that role is,” Clapp continued. “They are also a vital contributor to many people’s mental health and, as well as being key local employers, particularly of young people, also act as a focal point for retail and hospitality activity on the high street, something which is now under pressure like never before.”