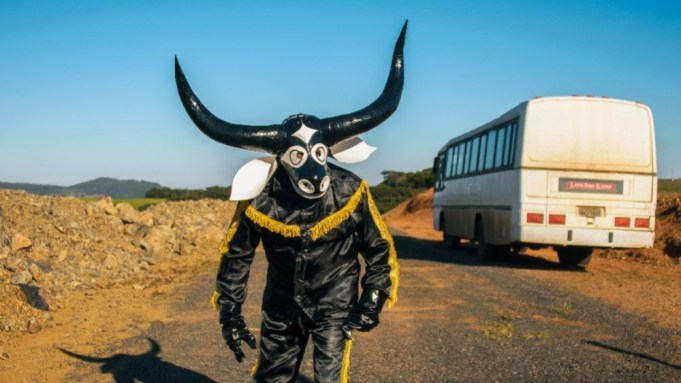 “Memory House” will now world premiere in early September as one of 50 features at a slimmed-down Toronto. It was also confirmed on Tuesday for San Sebastian’s New Directors lineup, an influential new talent showcase.

A first sequence catches Cristovam as he trudges down a lane taunted by local teens. An aged but still stout Black worker from Brazil’s often still dirt-poor rural North, Cristovam has relocated to Brazil’s rich South to work at a milk factory in a former Austrian colony still bearing Aryan airs.

Ostracized and abused by the town’s xenophobic inhabitants whose bigwigs preach their superiority to the rest of Brazil, Cristovam happens across an Alpine-style cottage in the second sequence.

The cabin will turn out to be filled with antique memorabilia, connecting him with his roots. “As if this memory house were still alive, more objects start to appear,” the film’s synopsis suggests. Cristovam begins to reconnect with the legends and beliefs of his native Northern Brazil, such as of redemptory cowboys and supernatural beasts, like the bull-like creature on the film’s poster. Cristovam also begins to plan an act of revenge.

Miranda Maria was born in the Sao Paulo region. He’s a filmmaker, however, that France has taken to heart, his shorts playing in Cannes Critics’ Week (“Command Action”) and Cannes competition (“The Girl Who Danced With the Devil,” which won a special mention), as well as the Venice Festival (“Meninas Formicida”). The writer-director developed “Memory House” at the Cannes Festival’s Cinéfondation residency program in Paris.

As Brazil’s production output slims, decimated by its central government, “Memory House” is shaping up as not only one of its most anticipated feature debuts but movies at large.