‘The Highwaymen’ Readies for Production, Concourse to Sell (EXCLUSIVE) 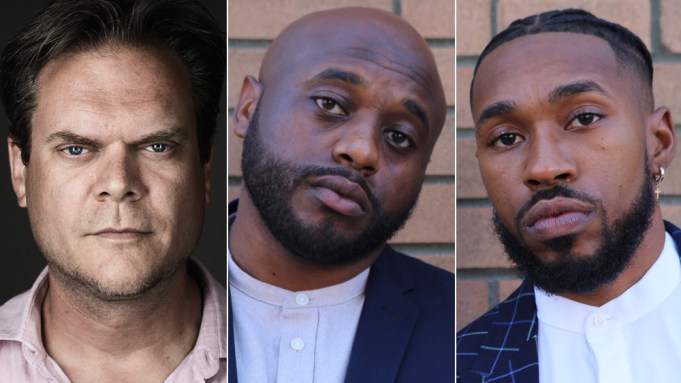 “The Highwaymen,” about a group of African American artists in segregated 1960s Florida, is being readied to go into production, with casting underway. Curated By Media is packaging the project, with Concourse Media on board as sales agent. Todd Thompson directs from a script by Lucien Christian Adderley and Richard ‘Byrd’ Wilson.

Thompson previously directed the documentary “Woman in Motion,” which traces the drive – led by Nichelle Nichols, Lt. Uhura in “Star Trek” – to recruit African American, Asian and Latino folks to join NASA’s Space Shuttle Program. Adderley and Wilson are in their second season writing for OWN series “David Makes Man,” another Florida-set drama, created by Tarell Alvin McCraney, who won the adapted screenplay Academy Award with Barry Jenkins for “Moonlight.”

The film is based on the true story about a group of 25 young African American men and one African American woman, led by 19-year-old Alfred Hair, who produced distinctive artworks crafted from left-over construction material and house paint, “creating a distinctive, colorful style that captured the stormy clouds, windy waves, quiet marshes and deserted beaches of an undeveloped Florida that no longer exists,” according to a statement.

Traveling up and down Central Florida’s highways, they would hawk their paintings from the backs of cars for as little as $20 each, selling to motels, banks, doctor’s offices and tourists, eventually producing more than 200,000 works.

In the early 1990s, a curator and art journalist discovered their work in flea markets, antique shops and garage sales. On learning how their art was originally produced and sold, he named them “The Highwaymen.” Highwaymen art now adorns the walls of museums, governor mansions, and even the White House.

“While our film’s story takes place during segregated times, it transcends racial divide and embodies the great, American dream,” said Thompson. “In the face of extreme obstacles, these artists captured Florida’s raw, natural beauty and created inspiration, meaning and purpose. I want the audience to experience their struggle but walk away feeling uplifted, enlightened and empowered.”

Adderley and Wilson said: “We’re excited to be part of this project because of our desire to tell Florida stories and take responsibility for getting them out there on a level that exposes the world to Black history in our home state. We see similarities between the Highwaymen and ourselves as a team of artists who once traveled from town to town sharing our poetry.”