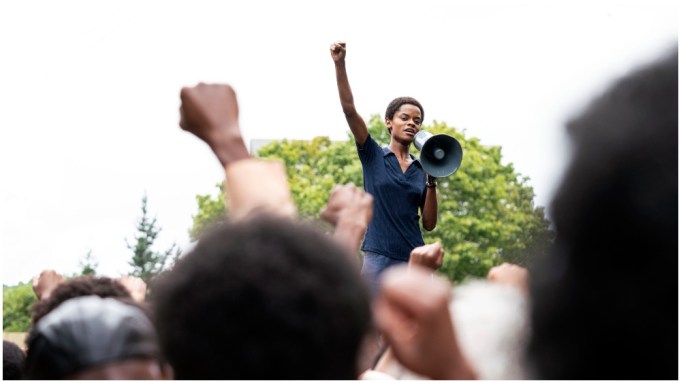 U.K. broadcaster BBC One has released a punchy trailer for “Mangrove,” one of five films from the “Small Axe” anthology by Oscar and BAFTA winner Steve McQueen (“12 Years a Slave”).

“It was a march necessitated by relentless police brutality in Notting Hill,” said McQueen. “To commemorate the bravery of these community activists and the nine who went on to be acquitted of incitement to riot with the judge citing ‘evidence of racial hatred,’ I am sharing the trailer of ‘Mangrove,’ one of five films to be released under the banner ‘Small Axe.'”

“Mangrove” tells the true story of the Mangrove 9, and their highly publicised trial that followed. The trial was the first judicial acknowledgment of behavior motivated by racial hatred within the Metropolitan Police.

“Mangrove” was co-written by Alastair Siddons and McQueen. “Mangrove” alongside “Lovers Rock” are part of the Cannes 2020 Official Selection.

Other films in the “Small Axe” anthology are “Education,” “Alex Wheatle” and “Red, White and Blue.” Set from the late 1960s to the mid-1980s, the films each tell a different story involving London’s West Indian community.

The anthology is executive produced by Tracey Scoffield and David Tanner for Turbine Studios and Steve McQueen for Lammas Park. Mike Elliot is producing for EMU Films with Turbine and Anita Overland. Executive producers for the BBC are Lucy Richer, senior commissioning editor for drama, and Rose Garnett, director of BBC Films. Amazon Studios is co-producing within the U.S. while BBC Studios are handling global television sales.

The films will debut on BBC One and Amazon Prime Video this fall.