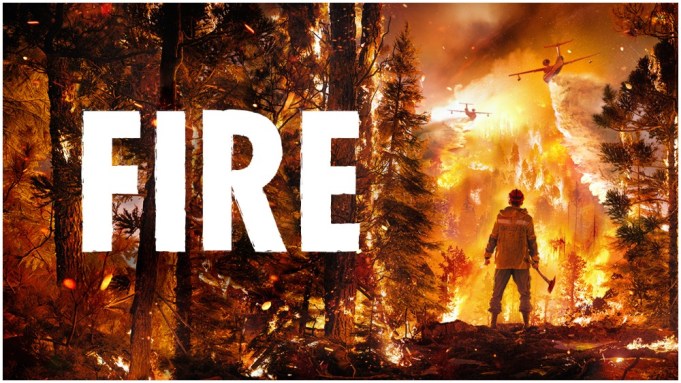 Russian production and distribution company Central Partnership is hoping for a scorching run at the box office with the upcoming release of “Fire,” a big-budget, high-octane actioner about heroic smokejumpers racing against disaster. Variety has been given exclusive access to the first trailer for a film slated to hit Russian theaters on Christmas Eve.

Central Partnership CEO Vadim Vereshchagin says the production of “Fire,” which was filmed in the spring and summer of 2019, is all but unprecedented in terms of its scope and technical complexity. “Nothing has ever been done in Russia of that scale,” he says, adding that Central Partnership expects to close deals on all international territories during AFM.

In order to recreate a raging forest fire without damaging any living trees, the production team constructed a sprawling woodland set in the Siberian wilds, using cut trees and crafty stage design. Adding to the film’s authenticity, the actors performed most of their own stunts while an actual fire blazed around them, with limited use of visual effects.

The production received both advisory support and equipment, including specialized aircraft, from Russia’s Ministry of Emergency Situations and Fire and Aviation Management. “We actually have real planes, real helicopters, that are actually used to put out those forest fires,” said Vereshchagin. “The scenes are breathtaking. But also it’s a very emotional story at the end of the day.”

Central Partnership is wagering on “Fire” to revive a moribund year at the Russian box office, which has been hit hard by the pandemic. Theatrical is still the cornerstone of the company’s release strategy, says Vereshchagin, who notes that in the U.S. and large European markets, “you can get away with selling your rights for online and TV without theatrical” and still have a profitable release.

“In Russia, unfortunately, the revenue streams coming in from online and from TV, they’re nowhere close to what you could do theatrically,” he adds, estimating that roughly 70% of a film’s revenue stream in Russia is made at the box office.

Central Partnership has had a string of blockbuster successes with releases like its IMAX-shot disaster movie “The Crew” and the sports drama “Three Seconds,” both of which racked up huge domestic numbers at the box office while selling widely abroad. Its slate of upcoming releases includes “Fire,” the lavish period romance “Silver Skates,” and “Chernobyl,” a big-budget drama about the aftermath of the explosion at the nuclear power plant, directed by heartthrob actor and debut helmer Danila Kozlovsky (“Vikings”).

After the coronavirus pandemic shuttered Russian cinemas for several months this summer, though, and with movie theaters currently operating at reduced capacity, Vereshchagin admits that Central Partnership has been forced to rethink its business model.

“Nobody can actually give you a really good forecast on when and if theatrical is going to rebound to its 2019 levels,” he says. “That means for us, knowing that we can’t forecast what’s going to happen with theatrical, we’re thinking of actually changing the model toward other means of distribution. Primarily that would be platforms…[and] international sales. Because that’s the only way we can fight off this setback we’re having with theatrical.”

The shift in strategy hasn’t dimmed the company’s ambitions, though, in terms of the blockbuster tentpoles that Vereshchagin hopes will eventually woo Russian audiences back to theaters. “From the production standpoint, there’s no way to grow the industry without making these big-budget movies,” he says. “Without making these big movies, you won’t grow talent. Not just from the actors’ standpoint, but directors and everybody else involved.”

“You’ve got to have those big movies which are hard to make, where people get a lot of experience, and then we can grow the industry,” he adds. “And that’s the ultimate goal.”