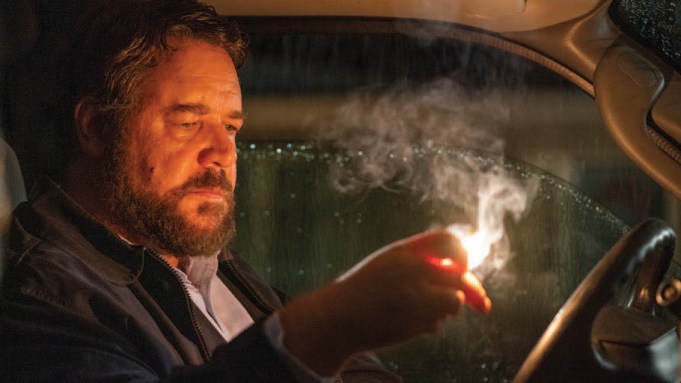 The film, released by Altitude Film Distribution, played at 243 locations, marking a cautious return by audiences to cinemas, despite the territory being in the middle of a heat wave.

“Over the past few months we have shared the well-publicized concern about the state and future of cinema and the arts. Whilst this remains unclear as we all learn to cope with COVID-19, we’re encouraged by the support ‘Unhinged’ received from cinemas and audiences in its opening weekend,” said Altitude, which last month released killer croc thriller “Black Water: Abyss” and Jacki Weaver and Lucy Liu comedy “Stage Mother.” In the coming weeks, the distributor is set to release Ladj Ly’s “Les Miserables.”

“It’s bittersweet to herald a number one film at the box office during such uncertainty and hardship, but as cinemas continue to reopen with social distancing measures in place we hope that audience excitement for watching films on the big screen and in safe environments, contribute to further confidence in the cinema experience.”

A third of the U.K.’s 919 sites have now reopened, with the BFI Southbank set for a Sept. 1 reopening. Some Odeon sites have been open for a few weeks, while Cineworld opened several cinemas on July 31. Vue pushed back its reopening last week from July 31 to Aug. 7.

Warner Bros.’ “American Pickle,” starring Seth Rogen, opens Aug. 7 across more than 100 locations, while 606 Distribution’s “Perfect 10” has a limited release on that date.

The chief hurdle cinemas are set to face from Aug. 8 is that audiences are required to wear face coverings, which might impact attendance. In addition, sunny weather across the U.K. will see a heat wave continuing through the upcoming weekend and into the following week.

Aug. 12 will see the 10th anniversary rerelease of Christopher Nolan’s “Inception,” as a prelude to the main event that audiences worldwide have been awaiting all summer — “Tenet.”

Manori Ravindran contributed to this report.