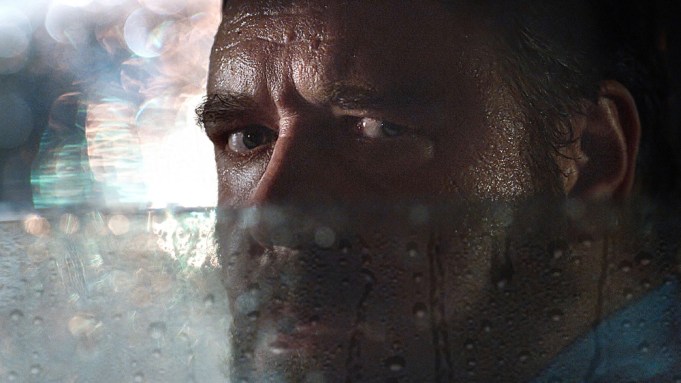 Solstice Studios, the movie studio headed by Mark Gill, has secured distribution worldwide for its first feature film, psychological thriller “Unhinged,” starring Russell Crowe. The movie is set to open in U.S. theaters on July 10, and in international theaters as they reopen, making it the first major movie release after the lockdown in many of these markets.

“Unhinged” is scripted by Carl Ellsworth, the writer of “Red Eye” and “Disturbia,” and produced by Lisa Ellzey, the producer of “Warrior” and “Kingdom of Heaven.”

It takes an ordinary, everyday incident to its most terrifying conclusion in telling the story of a mother who leans on her horn at the wrong time, to the wrong guy. “Road rage” doesn’t begin to describe what he’s about to do to her and everyone she knows.

“It is a privilege to be working with the top independent distribution companies around the world on our first feature,” said Solstice’s acquisitions and international head Crystal Bourbeau. “The film’s tremendous reception is a true testament to its universal relatability and global appeal. We are thrilled to be bringing ‘Unhinged’ to cinemas worldwide with these partners, giving audiences everywhere a good reminder of why they love going to the movies.”

Leonine CEO Fred Kogel added: “’Unhinged’ will be the first major theatrical release after the lockdown in Germany. This film enables us to present the audience with a great cinematic experience after a long stretch of hardship. At the same time, we are supporting the exhibitors with such a high-profile release to be able to reopen their theaters as profitable as possible. It takes courage to be the first mover into a new normality and I believe this signal is important for the people and our industry.”

“We at Nordisk Film are 100% behind the bold and smart decision to offer the fun ride of Unhinged in theaters as soon as possible, effectively making it one of the first new films in our markets,” added Nordisk’s Klaus T. Odegaard, VP acquisition, marketing and theatrical distribution. “Solstice has shown great commitment in making this happen with a very short turnaround toward us and exhibitors, which is exactly what we all need to get audiences back into the theaters.”

Solstice, founded in October 2018, develops, fully finances, produces, sells internationally and distributes feature films in the U.S. on a wide-release basis. Gill, its president and CEO, is the former president of Warner Independent Pictures, Miramax and Millennium Films.

Solstice plans to produce three to five movies a year for a global audience — generally in the $20 million-$80 million budget range. It also plans to co-finance or acquire another one to two films a year for wide U.S. distribution. The company has a partnership with Ingenious Media.