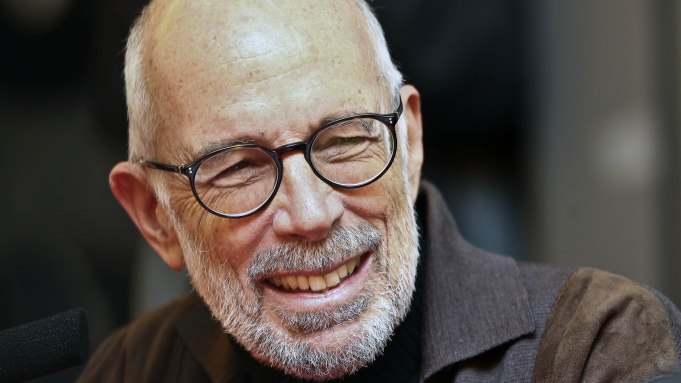 Oscar-winning Italian director Gabriele Salvatores (“Mediterraneo”) is making documentary “Voyage in Italy” using material from social media and other sources chronicling life in lockdown in the country that, at present, has suffered the most deaths due to coronavirus.

The veteran helmer, who in 2014 made user-generated doc “Italy in a Day” based on the Ridley Scott “Life in a Day” format, has teamed up with Milan-based Indiana Production and RAI Cinema on this collective project that intends to provide a tapestry of fresh first-hand accounts of how Italians are “living this dramatic adventure,” says Salvatores.

The director and producers are launching a call to all Italians to provide videos, which must be shot at home, telling the story of what they are going through. The call for materials for the collective “Voyage in Italy” doc is being combined with a fundraising campaign to raise money for Italy’s Civil Protection entity that deals with national emergencies.

RAI Cinema, which is the film arm of Italian pubcaster RAI, is supporting the project both financially and by launching the call for home videos and a fundraising campaign on its channels, being watched by millions of Italians daily.

“Public service, in both television and film, must be there at a time when our country needs to feel united,” said RAI Cinema CEO Paolo Del Brocco, who calls “Voyage in Italy” a “collective memory” project.

Variety spoke exclusively about the project to Salvatores and to Indiana Production partner Marco Cohen.

Gabriele, you made somewhat similar doc “Italy in a Day.” How will “Voyage in Italy” differ conceptually?

“Italy in a Day” was impressionistic, it wanted to capture the mood of one day with user-generated content. This will be structured as a real bona-fide documentary. I want to recount what happened, obviously over a longer time span. Starting from the first news [of coronavirus] out of China when everything seemed so very faraway; then the first reactions by political leaders around the world. I want to show how this crisis has slowly unfolded and revealed itself on the grave scale it is today.

It’s a documentary for memory, to put some order into this experience of life in a confined space. One thing I’ve been thinking about is the paradox of how social media and technology previously tended to foster isolation. And now they are proving useful in bringing people together and helping us to communicate. Another aspect I’m interested in is this reawakening of nature…at a time when regular activities of mankind are placed on pause. Images of water that becomes clean again; animals re-appearing. I don’t want to wax too poetic…but I’ve read an article that describes the virus like a sort of hacker that has entered into our system to show us how fragile our world is before it could definitively collapse…It’s not the only point of view, nor the most important one. But it’s interesting.

You will be heading a large team. Lots of editors and assistants. Everyone working at home, as I understand it. How is the workflow being set up?

What I’m particularly pleased about is that we will be providing work for young film industry workers — the ones who are hardest hit by the crisis. All working in smart-working mode. We have a big team because there is going to be plenty of material to sift through. We will be working with kids in film schools…it will be like a task force. It will be a team of some 60 people all over Italy which will speed up the process. RAI will help with announcements (on the news) and TV spots. So I hope it will be done swiftly.

Do you have any idea when “Voyage in Italy” might be completed?

The question is almost like asking: when will this (crisis) end? I hope that by the summer, we will be in a more positive place, so we could hopefully have it ready by September.

Marco, can you tell me more about the physical production side?

What we did is create a #ViaggioInItalia hashtag that will be the project’s main conduit. Then we set up several teams: one is dedicated to gathering material that is already out there on the web and is dividing it up according to tags. There are emotional tags such as: tears, laughter, family. We will have a nature tag since we have seen amazing footage of deserted cities where nature is sprouting.

A second group will be in charge of a call to action to interact with people that have already reached out to us to ask us what types of videos they should send and how. Then there is a third work group that will make sure to get signed consent forms from everyone who appears in selected material. We are setting up an I-Cloud server that will manage all the visual material…Then there is a team that will sift trough all the material and hand it over to the editing team. It’s the first large-scale experiment of a feature film made in smart-working mode. We will see how it goes. We are already getting calls from outside Italy about replicating this abroad.

Gabriele, how are you going to structure the story?

I think we will be getting a barrage of material…the idea is for the narrative to proceed along two  main storylines. On the one hand a quasi-journalistic diary looking at how the country’s political leaders contended with the crisis and how Italians learned about the developing crisis. And in parallel people’s reactions, and their lives at home. We will show how initially Italians were singing and playing music on their balconies, but that is ending now. The big question behind all this is: How do you resist to this situation? I’m very interested in this. How do people confined in a small space react? What are their thought processes? This hasn’t been told before.

What about hospitals? I imagine the voyage is going to take us there as well

I have close relatives and lots of friends who are doctors and have been hearing their stories directly from the front-lines. One is in the hospital in Brescia, (Northern Italy, a virus hotbed). They have sent me videos that I think we will use…It’s a delicate aspect. We need to show this, of course. The doctors are our heroes. We have to narrate this aspect with respect for pain and suffering, and death of course. This has to be done realistically, but at the same time trying to strike a positive note. Showing how this battle has brought the country together.

Yes. I would like this doc to go around the world to help boost Italy’s image, which has its ups and downs. There is something to be learned from how Italy faced the crisis.