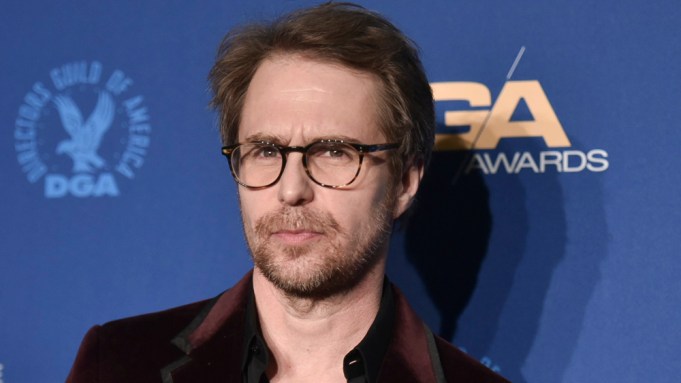 Sipping his morning coffee, Sam Rockwell joined Venice Film Festival and Mastercard’s “Life Through a Different Lens: Contactless Connections” virtual talk on Wednesday. The Oscar winner for “Three Billboards Outside Ebbing, Missouri” talked about his early cinematic influences – including the first film he ever saw. “It was the 1933 version of ‘King Kong’ with Fay Wray. That movie blew me away. I started watching very sophisticated films as a child: ‘One Flew Over the Cuckoo’s Nest,’ ‘Sophie’s Choice’ or ‘The Deer Hunter.’ I was maybe too young for that! One that had a great effect on me was ‘The Tin Drum’ and that mix of comedy and drama became a part of my education as an actor.”

Born to actor parents, Rockwell wanted the same adventure. “I romanticized it. It seemed fun! I wasn’t even concerned about the money. I wanted it, obviously, but when you are young it’s okay not to have any, scraping up change for a margarita. Looking back, it was tough – I had bed bugs, got evicted, I would deliver burritos on a bicycle. I don’t know if I would be able to do that now, I got too soft.”

He was eager to name his many role models: Marlon Brando, Montgomery Clift, Rod Steiger, Richard Pryor, Bill Murray, Morgan Freeman, Robert De Niro, Gene Hackman, Jon Voight, Dustin Hoffman, Al Pacino, Meryl Streep, Ellen Burstyn, Lee J. Cobb, Isabelle Huppert and Javier Bardem. Rockwell also talked about his experience at the William Esper Studio. “Esper told me: ‘Keep a cool head and a warm heart.’ It was Jedi training for actors, a religious experience. The training of actors is underestimated because some see it as this ‘mystical’ thing and you either have talent or you don’t. I think that talent is just the beginning. You have to work on it.”

Talking about his process, he compared it to making a stew. “You add some onions, garlic and peppers, you put in the chicken. You build it slowly.” For Mike Leigh play “Goose-Pimples,” he taped an English car salesman in order to perfect the accent, for “Three Billboards” he did police ride-alongs. “I talked to an arms dealer for ‘Iron Man 2,’ or somebody who knew an arms dealer. Even for an audition, you can put in a week of work – two weeks if you are auditioning for Arthur Miller.”

Impressed by Tilda Swinton’s Golden Lion acceptance speech, delivered in front of an actual audience, he also mentioned Al Sharpton’s eulogy for George Floyd and recent Dave Chappelle’s stand-up as examples that people can still get together. “It’s encouraging they are able to see each other and speak their mind. I was never a big hand-shaker to begin with.” And in the meantime, there are ways of recreating the experience of watching films in the cinema. “Get the biggest f—ing TV you can get. I am all for big TVs, man. Get the goddamn 80-inch motherf—er. I know that Andrew Scott, who is one of my favorite new actors, is doing some theater even now, via Zoom. If this goes on, I might be doing that too.”