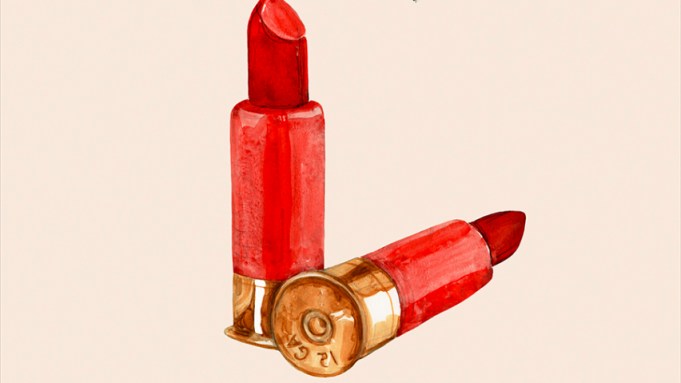 MK2, a family-owned French film company boasting a prominent arthouse cinema chain in Paris and in Spain, is staging various events to turn the spotlight on classics from Charles Chaplin to Claude Chabrol and Abbas Kiarostami which are part of its impressive library of 600 movies.

MK2’s CEO Nathanael Karmitz has been invited by Thierry Fremaux, the chief of Cannes Film Festival and the ongoing Lumiere Festival in Lyon, to deliver a masterclass on Tuesday as a special guest of this 2020 edition.

At a time when many exhibitors in France are lamenting about the dearth of blockbusters, Karmitz has been outspoken about the urgent need for theaters in France and beyond to rely less on American movies to lure audiences, and to place a larger emphasis on European films.

The two biggest events in MK2’s pipeline are an homage to Chabrol with a program of five iconic movies restored in 4K labeled “Suspense in the Female Form;” and a large-scale retrospective and exhibition of the work of late Iranian master Abbas Kiarostami set for April 2021 at the Pompidou Center in Paris. Also being staged is the 100-year anniversary of “The Kid,” Charlie Chaplin’s first film.

“Our commitment towards heritage movies is a long-term one, it’s much more than a business strategy. With our library of films from Chaplin, Truffaut, Lynch, Chabrol and Kiarostami, we feel that we have rights but also duties to maintain them alive and to share with others,” said Karmitz.

The program of restored Chabrol movies, including “The Torment,” “A Judgement in Stone,” “The Swindle,” “Nightcap” and “The Flower of Evil,” will kick off in France on Nov. 25 to mark the 10-year anniversary of the death of Chabrol, often described as the “French Hitchcock.” MK2 enlisted the American artist Akiko Stehrenberger to create bright and creatively-daring posters to promote each movie. The posters will be used in France and will also be available to distributors abroad.

“With these posters and our focus on ‘Suspense in the Female Form,’ we have strived to give this program a modern, yet singular touch. Akiko’s work is interesting because it reflects an American perspective on French movies and it’s also the female perspective on Chabrol’s films,” said Karmitz, who is also in Lyon to attend the world premiere of the restored version of “A Judgement in Stone.”

Karmitz also pointed out that Chabrol’s films were still a source of inspiration to many contemporary auteurs, most notably Korean director Bong Joon Ho who cited Chabrol as one of his main references for his Oscar-winning film “Parasite.”

“It’s key when working with heritage movies to reinvent often the ways in which we present movies. We’re in this big, global battle for eyeballs and it takes more and more efforts, partners and people who are interested,” said Karmitz.

MK2 is also staging re-releases in theaters, and planning special DVD editions and books to promote each event around the classics from its library. Karmitz said he believed in the renaissance of the DVD business because a portion of world cinema is only available on DVD and can’t be found on platforms.

“At MK2 we always that interest can be sparked but the curiosity has to be worked on, and it’s our job to trigger that curiosity and get people to come out of their comfort zone and defy the algorithm of (global platforms),” said Karmitz.

The executive said MK2’s big event next year will be the Kiarostami exhibition that will spread over 1,000 square metres at the Beaubourg Center to make people travel across the world,” said Karmitz.

Speaking of the anniversary event of Chaplin’s “The Kid,” Karmitz said the idea was to rally theaters around the world and stage a day-and-date release of “The Kid”‘s restored version. “‘The Kid’ is a movie that has made adults and kids laugh and cry for a century all over the world. It will strike a chord today because it takes place in 1929, during the Great Depression, and it echoes to some extent the crisis we’re going through,” said Karmitz.

Karmitz said he was confident the exhibition business will ride through the current storm, but also argued that New York Gov. Andrew Cuomo’s refusal to reopen New York theaters was having a butterfly effect and was a fatal bow to some exhibitors.”

Yet, Karmitz said the exhibition industry was worth billions of dollars and will pull through. “As much as we can lament the studios’ lack of solidarity and selfishness, the walls aren’t going to collapse; and one day the pandemic will be over and people will have a normal life again,” said the exec, who pointed that there hasn’t been a single COVID-19 cluster sourced to any theater in the world.