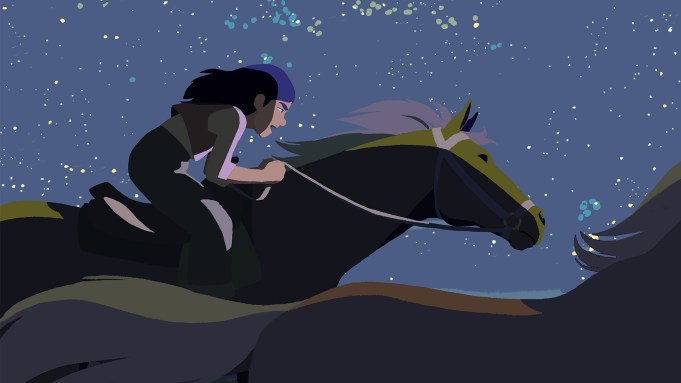 Maybe Movies, the French production house behind 2015 Annecy International Animation Film Festival Audience Award winner “Long Way North” from director Rémi Chayé, is back in the feature film competition of this year’s online edition with the director’s next feature “Calamity,” among the most-buzzed up titles after last year’s standing-room only Works in Progress panel.

To celebrate the film’s spiritual premiere, Maybe has shared an exclusive clip and the recently finalized domestic poster with Variety.

Originally “Calamity” was scheduled to debut in its entirety at Annecy’s Bonlieu Theater as part of this year’s festival. But, as has been the case for so many features planned to bow this summer, the premiere was postponed until it can be held in a brick and mortar theater as the COVID-19 crisis has closed doors to French cinemas.

Rather than putting the entire film on the festival’s streaming platform then, Maybe Movies will make available a special 15-minute featurette featuring clips from the film and a behind the scenes look at production. Additionally, accredited badge holders will be given access to exclusive first pages of the accompanying “The Art Of Calamity” book, wrapped just last week.

“Calamity” is an imagined origin-story kicking off in 1863, when Martha Jane Cannary, known later in life as Calamity Jane, and her family were part of a convoy headed west. Along the way, the girl’s father is injured, and it falls on her to drive the wagon and care for the animals.

The going gets tough, but Martha gets going, and for the sake of practicality she swaps her skirt for pants and rolls up her sleeves, much to the chagrin of party leader Abraham who accuses her of theft, forcing the girl to head out on her own into a world that will challenge her in ways she can’t imagine.

In the clip, shared exclusively with Variety, a defiant-looking Martha, for one of the first times, saddles up her horse and, away from the eyes of her camp, takes a late-night ride alongside a wild horse before catching the sunrise over the seemingly endless expanse of the American plains. Girls from Martha’s community are not normally allowed to ride horses, and on the clandestine ride Martha first begins to experience freedom, a sensation she fights for the rest of her life.