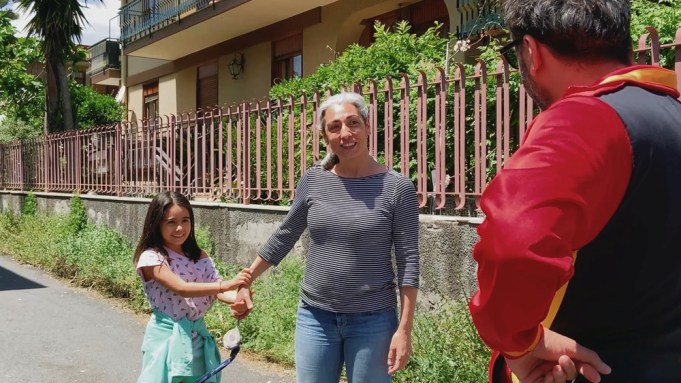 Courtesy of the Venice Film Festival

Filmmaker Luca Guadagnino, attending the Venice Film Festival with “Salvatore: Shoemaker of Dreams,” a documentary about Ferragamo, and documentary short “Fiori, Fiori, Fiori!” (pictured), popped by the festival and Mastercard’s “Life Through a Different Lens: Contactless Connections” talk earlier this week. But he didn’t want to talk about lenses at all. “That’s a very specific question, almost obtrusive and indelicate. It’s as if you were opening the door to my bathroom! ‘Call Me By Your Name’ was shot with one 35mm lens – as per Fassbinder, the lens that is closest to the scope of the human eye. For me, the process of creation starts from there.”

Always an avid cineaste, Guadagnino opened up about titles that influenced him. “I saw ‘Lawrence of Arabia’ when I was five. With Peter O’Toole’s blue eyes, Omar Sharif and the desert, that bigger-than-life David Lean scope, it hit me very hard.” Also “E.T.” was a revelatory experience. “It was a very iconic movie and it wasn’t afraid of it. There is a connection that comes with the fact that we can talk about movies we have seen at different stages in our lives, with someone from Senegal, Russia or Mexico. We can all recall similar emotions. Nowadays, I am starting to see films in my dreams. I see films that I haven’t made or the ones I have. Or even better: I dream of the films I saw, but in a different way. I re-dreamt ‘Fanny and Alexander’ a few weeks ago.”

According to the director, the language of cinema is not a question of means – it’s about how you tell a story. “Jonathan Demme’s ‘Cousin Bobby’ is a beautiful home movie about his cousin, a priest in the Bronx. He made it with a small crew when he was between ‘The Silence of the Lambs’ and ‘Philadelphia’ and yet it’s so affecting and cinematic,” he said, recalling a meeting with the late helmer as well. “They asked me to interview him for a masterclass and he started to ask me about my movies. It tells you everything about this man, his generosity and curiosity.”

Encouraging younger people to do things instead of waiting for permission, he had another thing to share: “Growing up in Palermo in the 1980s, everybody had the same hairdo and I was thinking: How could you describe the suffocation of that, but find some individuality in that sameness? I thought of kids, coming out of school wearing the same jacket. But maybe one had a different color.” And yet the advice he got himself, many years ago, was a bit different. “I went to dinner with Jean-Marie Straub, he just shot ‘The Death of Empedocles.’ I was already a big fan, and my friend asked: ‘So, Jean-Marie, what advice would you give to Luca who wants to go to film school?’ He looked at me and said in Italian, with a very heavy German accent: ‘Don’t do it.’ I still think about it today.”