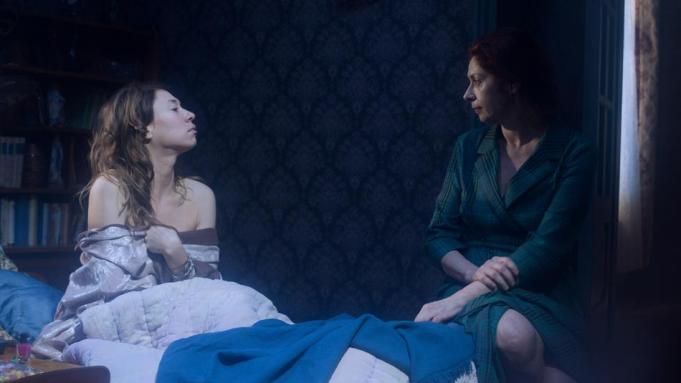 Less Is More, the program launched by Le Group Ouest to help young helmers such as Maimouna Doucouré (“Cuties”), has unveiled the trailer of Daria Woszek’s “Marygoround” which will have its world premiere at South By Southwest.

The film, which was developed within the framework of Less Is More, revolves around Mary, a lonely grocery store worker who lives a rather dull life in a small town. On the eve of her 50th birthday, Mary’s life soon begins to take on a totally unexpected turn when she overdoses on the hormone patches prescribed by her doctor and receives the visit of a free-spirited niece. Mary’s senses and imagination suddenly come alive.

“The film is a quirky, darkly comic tale starring a stunning screen newcomer Grażyna Misiorowska, (and it tells the) story of a woman reclaiming her own body,” said South By Southwest in its presentation of “Marygoround”.

Backed by Creative Europe, Less is More is training and coaching programme dedicating to helping promising filmmakers develop the script of their first to third feature film projects. Less is More alumnus include Doucouré, the French-Senegalese helmer whose feature debut “Cuties” won the director award at Sundance, and the Iranian filmmaker Massoud Bakhshi with “Yalda: A Night of Forgiveness” who also world premiered at Sundance.

The initiative selects 16 projects each year and so far, six movies have been shot and 12 are in pre-production, notably Nathalie Bianchieri ‘s “Wolf” which will start shooting in a few days with a cast headlined by Georges MacKay and Lily Rose Depp.