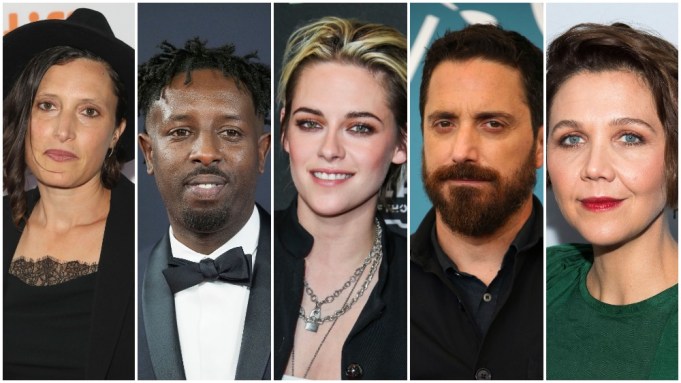 “Jackie” filmmaker Pablo Larrain may be set to direct Kristen Stewart in Lady Diana film “Spencer,” but the pair will first collaborate in a new collection of short films for Netflix. (Watch the trailer above.)

Filmed during COVID-19 and across various states of global lockdown, “Homemade” unites 17 leading filmmakers in a compendium of short films — available to watch individually as five to seven-minute shorts or as one long feature — that captures the shared experience of quarantine. The project is helmed by Larrain, his brother and creative partner Juan de Dios Larrain under the pair’s Fabula banner, and Lorenzo Mieli, CEO of Fremantle-backed Italian outfit The Apartment, for which “Homemade” is its inaugural project.

“Personal Shopper” and “Charlie’s Angels” star Stewart marks her directorial follow-up to her 2017 short “Come Swim” with a short filmed in Los Angeles. Meanwhile, Maggie Gyllenhaal contributes a film out of Vermont — the “Kindergarten Teacher” actor’s directorial debut ahead of her star-studded film “The Lost Daughter.”

“For once in our careers, this wasn’t about money, agencies, lawyers or the Hollywood structure,” Juan de Dios Larrain tells Variety. “This was a simple idea of [conveying] one message in five to seven minutes, and the idea was to give that message without any pressure; it was totally open. We asked only for [each film’s] rating to be general, and not only for older audiences.”

Pablo Larrain notes that the underlying message around “Homemade” is about “adversity, and how we are all from different countries, cultures and circumstances, but for a very unique moment of humanity, we’re all sharing very similar circumstances in different contexts.”

Based out of Santiago, Chile, the “No” director notes that the experience of coronavirus continues to vary wildly across the globe. Chile saws its “very worst moment of the pandemic” on Monday, according to Larrain, while in Europe there is marked progress despite fears of a second spike. “We’re going through different situations, but there are many things we have in common. That was the heart of this and the challenge we faced.”

Directors were instructed to use only equipment found at home, with the focus ranging from a glimpse into their working lives — Pablo Larrain’s film, for example, focuses on a conversation via Zoom call — to more narrative meditations on an unprecedented moment in history.

Plot details for all films remain largely under wraps, but Gyllenhaal’s short — which appears to star her partner, actor Peter Sarsgaard — will “surprise the whole world,” promises Pablo Larrain. “All shorts have something [special] but Maggie’s is very particular.”

“Each director has done a completely different thing,” explains Teresa Moneo, director of original films for Netflix. “We have put them together thematically. Some were very clearly personal stories and some were more narrative or fantastical or funny. We tried to give them some kind of organization…so they’ve been arranged thematically.”

The executive admits it was a race against time to ensure the concept — conceived collectively in March by Mieli and the Larrain brothers and then presented to Netflix — was still timely upon release.

It was intense work, says Moneo. “Intense in that it was all happening live, in front of our eyes, so we all had to pivot and join forces very quickly to make sure we had this within a time where it made sense to go out,” she adds.

“It’s been a real alliance among all our groups within Netflix to make sure everything is subtitled, and all the potential technical glitches are out of the way.”

Pablo Larrain describes the experience of “Homemade” as a “very strange, beautiful, unique film festival” where different voices have convened to tell a story in a “planetary exercise.” Mieli further underlines that the project looks to “show a broad variety of things from all over the world, done in exactly the same conditions, at the same time.”

“Homemade” will debut on Netflix on June 30, and a donation in honor of each filmmaker will be made from Netflix’s Hardship Fund to third parties and non-profit groups providing emergency relief for out-of-work cast and crew.

• Rungano Nyoni (“Kuuntele: I am not a witch”) – short filmed in Lisbon (Portugal)

• Gurinder Chadha (“Bend It Like Beckham,” “Blinded by the Light”) – short filmed in London (U.K.)