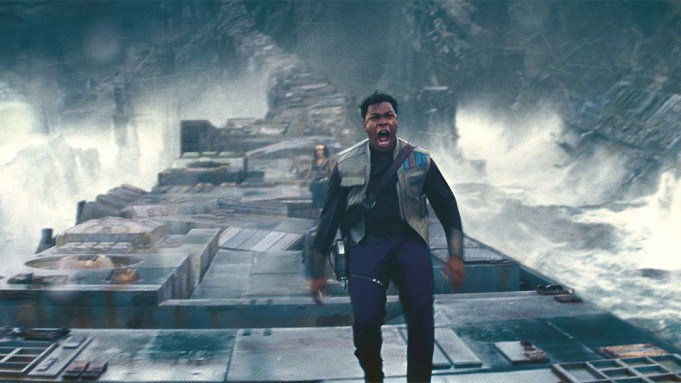 British actor John Boyega, who shot to global prominence with the role of Finn in 2015’s “Star Wars: Episode VII – The Force Awakens,” and further films in the franchise, has laid bare the racial experiences he had while filming.

In an extensive interview with GQ magazine, Boyega reveals that he wasn’t best pleased with the hairdresser allocated to him who had no experience of working with hair like his, but pretended to have had. “When black men grow out their hair it’s a very powerful thing,” Boyega says. “Culturally, it stands for something.”

The actor said that he went along with it during the film’s press junket. “Obviously at the time I was very genuinely happy to be a part of it,” says Boyega. “But my dad always tells me one thing: ‘Don’t overpay with respect.’ You can pay respect, but sometimes you’ll be overpaying and selling yourself short.”

Speaking about his role as Finn, who was a central character in “Star Wars: Episode VII – The Force Awakens” but had less prominence in subsequent films, Boyega says, “What I would say to Disney is do not bring out a Black character, market them to be much more important in the franchise than they are and then have them pushed to the side. It’s not good. I’ll say it straight up.”

“Like, you guys knew what to do with Daisy Ridley, you knew what to do with Adam Driver,” Boyega says. “You knew what to do with these other people, but when it came to Kelly Marie Tran, when it came to John Boyega, you know, f— all. So what do you want me to say? What they want you to say is, ‘I enjoyed being a part of it. It was a great experience…’ Nah, nah, nah. I’ll take that deal when it’s a great experience. They gave all the nuance to Adam Driver, all the nuance to Daisy Ridley. Let’s be honest. Daisy knows this. Adam knows this. Everybody knows. I’m not exposing anything.”

Referring to the salvage job J.J. Abrams did on 2019’s “Star Wars: The Rise of Skywalker,” Boyega says, “Everybody needs to leave my boy alone. He wasn’t even supposed to come back and try to save your s–t.”

During the global Black Lives Matter movement that reignited after the death of George Floyd, Boyega emerged as a powerful spokesperson for Black rights, energizing a crowd during a rally at London’s Hyde Park in June.

“I feel like, especially as celebrities, we have to talk through this filter of professionalism and emotional intelligence,” Boyega told GQ about his speech. “Sometimes you just need to be mad. You need to lay down what it is that’s on your mind.”