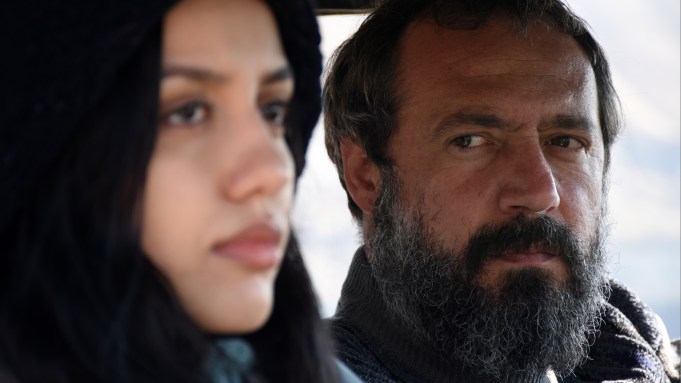 Iranian auteur Mohammad Rasoulof, whose sixth feature “There is no Evil” screens in competition at the Berlinale, is one of his country’s most prominent directors even though none of his films have screened in Iran where they are banned. In 2011, the year he won two prizes at Cannes with his censorship-themed “Goodbye,” Rasoulof was sentenced with fellow director Jafar Panahi to six years in prison and a 20-year ban on filmmaking for alleged anti-regime propaganda. His sentence was later suspended and he was released on bail. In 2017 Iranian authorities confiscated Rasoulof’s passport upon his return from the Telluride Film Festival where his “A Man of Integrity,” about corruption and injustice in Iran, had screened. Rasoulof will not be able to attend Berlin. Rasoulof spoke to Variety from Iran about how he’s contending with ongoing oppression there and how tensions with Trump are making things worse.

“There is no Evil” consists of four connected episodes and, to put it simplistically, deals with the death penalty in Iran. Would you agree?

The four components of the film do deal with the death penalty, but they go further. They are more generally about disobedience and the fact that when you resist a system – when you resist against a power – what is the responsibility that you take? Do you take responsibility for your own resistance, for saying no? And what’s the price that you have to pay for that? If I take my own example, I can say that by resisting…I’ve deprived myself of many aspects of life, but I’m glad that I’m resisting. Although I haven’t been able to make it look as beautiful as I wanted in this film, I still think that the result of this resistance is positive…and it makes me want to go on resisting against the absurd and excessive censorship system that we live in.

How difficult was it to get “There is no Evil” made?

I am not banned from working. The problem is that they [the authorities] are too perverse to put it so simply. It’s not that they ban you; it’s that they make your life harder every time by not giving permits, and not letting you work. It’s a very complex system. They don’t say it officially. That’s also the beauty of the project. This is a massive resistance to the Power and to the censorship system. The fact that there has been a whole crew gathered around me sharing my views and my desire to resist to the system. And my making this film happen no matter what.

In terms of the actual difficulty, there is no way for me to illustrate or explain the struggle that we had to go through to make it happen. The only hints that I can give is that before starting the shooting I received my [latest] prison sentence. And so during the whole shoot I was waiting for the latest information from the court of appeals, because I was hoping that I would see my sentence change. Every morning I would check my phone to see if I would be able to finish shooting this project…It was extremely difficult, extremely anguishing, but fortunately I was able to get through it and finally make it happen.

Did the prison sentence finally arrive?

Finally two months ago, during the last week of shooting, on the last of the four segments of this film…I received a text that informed me that the appeal confirmed the sentence, so I am now sentenced to an extra year of prison. I am still checking my phone, still waiting for another text to inform me [about] at what point this sentence is going to be executed.

Are you still banned from traveling?

The court ruled that a two-year travel ban is imposed over me. Unfortunately, it was never made clear if the two-year period starts from the date of the verdict in July 2019 or from the time when I was barred from leaving the country, when I last returned to Iran in September 2017. Technically speaking I have now been banned from leaving Iran for almost 2 and a half years. I don’t care that much because I am in a situation that is completely unclear. The most important thing for me is the satisfaction of having been able to finish the film and to make it leave the country, so now it’s safe. I am sorry that I will not be able to come to Berlin to watch the film alongside the audience; however, the right to choose between being present or absent at the festival is simply not mine. Imposing such restrictions very clearly exposes the intolerant and despotic nature of the Iranian government.

Was the film mentioned by the Iranian press when it got selected for the Berlinale competition?

A couple of small mentions…One conservative outlet said that Berlin is not such a big festival, so it’s no big deal. That’s about it. I haven’t had any reactions from the authorities, but I’m expecting them.

How are tensions with Trump impacting filmmakers in Iran?

There is a conservative backlash, and it’s impact on cinema is very obvious. Very recently at the Fajr Film Festival [in Tehran] half of the films presented there were entirely financed by the Power, by the government. More specifically, [by] the military investment that is behind this fund…So the independent film community is getting smaller and smaller. And the pressure that they feel indicates that there is a specific plan on the part of the security and military forces in Iran to use cinema as a tool.

What about your life as a filmmaker. Does the current climate in Iran make things more difficult for you?

It’s pushing me more and more towards the margins and makes me have no choice but to work undercover and unofficially. I see no chance for me to go back into the official landscape of Iranian cinema. The perversity of the system is that you have no way out. Any independent filmmaker, even if they see themselves as being very subversive, they have not other choice but to work on projects that are financed by this military and security establishment. If you want to be part of the system you have to work on their projects.