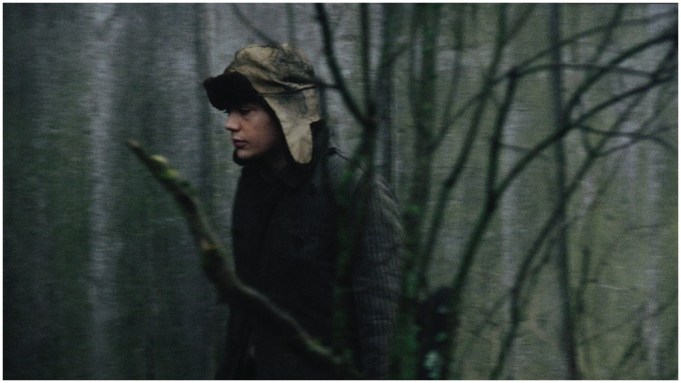 Sales agent Luxbox has closed deals for multiple European territories on Sharunas Bartas’s Cannes official selection “In The Dusk,” which will have its world premiere at the San Sebastian International Film Festival Sept. 22. (Check out an exclusive clip from the film above)

Set in Lithuania in 1948 after the conclusion of World War 2, the film follows a 19-year-old who is a member of the Partisan movement resisting Soviet occupation. Discovering violence and treachery at a young age, the lines blur between the passion of his youth and the cause for which he is fighting.

Describing the relevance of the film in today’s world, Bartas said in his director’s notes: “You can find the same war in Ukraine — and it is happening today. It’s a world of real wars, not Cold Wars or hybrid wars. Almost all countries invest in arms and maintenance of troops. One could say that these issues were irrelevant if the whole world was disarmed and living in peace.

“On a historical level, 1939-1945 is quite recent. And not only one but two World Wars — with a short break between — took place in the first half of last century. No one is sure that [World War 3] won’t break out, or that there won’t be more local wars in the near future. That’s why I’d say this is directly related both to the present times and history of humanity,” said Bartas.

Bartas is a seasoned filmmaker whose work has travelled to all major film festivals in the world. “Frost” (2017) and “Peace To Us In Our Dreams” (2015) were in the Cannes Directors’ Fortnight; “Eastern Drift” (2010) was at the Berlinale; and “Freedom” (2000) played at Venice.