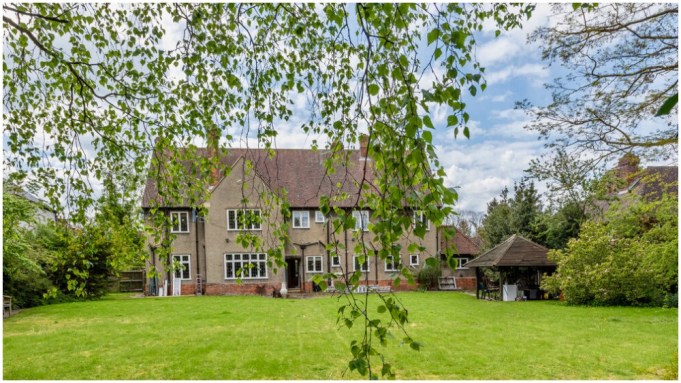 Ian McKellen, Annie Lennox, Martin Freeman, John Rhys-Davies and Derek Jacobi are among the stars joining author Julia Golding (the “Companions” series) to launch a $6 million crowdfunding campaign to try and save 20 Northmoor Road, the Oxford house in which J. R. R. Tolkien wrote “The Hobbit” and “The Lord of the Rings,” ahead of it being put on the market for sale.

The initiative, Project Northmoor, aims to buy the house and set up a literary center in honor of Tolkien, one of the most beloved literary writers of the Twentieth Century.

The aim of the initiative is to buy the house using crowdfunding, appealing to Tolkien fans from around the world. The funding target is $6 million, of which $5.3 million is to pay for the house and the rest will go to the necessary renovations to comply with building regulations, start-up costs of the charity, with additional funds going towards developing the literary programs. The operation will be financially self-sustaining once established.

“To raise $6 million in three months is a huge challenge,” said Golding. “However, we need only to look at Frodo and Sam’s journey from Rivendell to Mount Doom, which took that same amount of time — and we are inspired that we can do this, too!”

“We cannot achieve this without the support of the worldwide community of Tolkien fans, our fellowship of funders,” said McKellen.

“Unbelievably, considering his importance, there is no centre devoted to Tolkien anywhere in the world,” said Rhys-Davies. “The vision is to make Tolkien’s house into a literary hub that will inspire new generations of writers, artists and filmmakers for many years to come.”

The Tolkien family moved to the house in 1930 and stayed there for 17 years, during which time J. R. R. Tolkien wrote “Lord of the Rings” and “The Hobbit.”