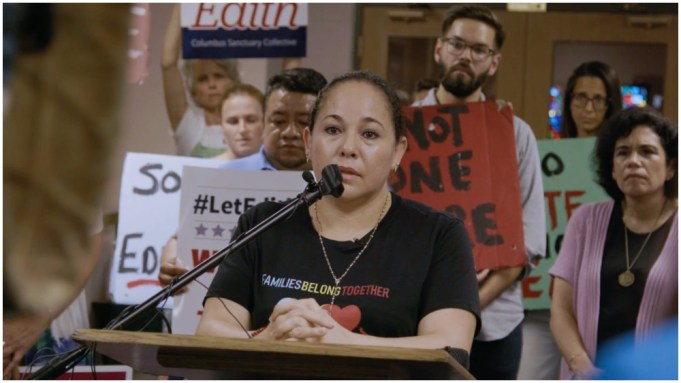 HBO has acquired award-winning documentary short “The Undocumented Lawyer,” which showcases the fight for immigrant rights through the perspective of an American lawyer on the front lines. (Check out a trailer for the film above.)

Directed by Chris Temple and Zach Ingrasci, the film world premiered in the short competition at the Tribeca Film Festival and won best documentary at the 2020 Boston Short Film Festival. It will air on HBO Latino and will be available on HBO Max in March.

Produced by social impact studio Optimist, “The Undocumented Lawyer” follows attorney Lizbeth Mateo as she starts a law practice, hires four employees and takes an oath to uphold the U.S. Constitution. However, Mateo also has no legal options to stay in the country as she is undocumented, having crossed the border illegally at 14. The doc centers on Mateo’s work with client Edith Espinal, who is avoiding deportation by taking sanctuary in a church.

“Undocumented leaders like Lizbeth and her client Edith are on the front lines risking everything for more equitable immigration law, and the question is, will our communities and elected officials join them in that fight?”

“The Undocumented Lawyer” will receive an awards-qualifying theatrical release at the Smith Rafael Film Center in the San Francisco Bay Area beginning Sept. 25. A nationwide virtual screening tour with schools, non-profits and churches will follow with organizations including The Latinx House, ILRC and others. The campaign aims to raise funds to help asylum seekers afford legal representation.

“I think more filmmakers and undocumented activists should work together like we’re doing on this project,” said the film’s protagonist Lizbeth Mateo. “The filmmakers have respectfully involved me in every step of the process and are following through on their goals to make a difference for undocumented families in this country.”

Leslie Cohen, senior VP for content acquisitions at HBO and HBO Max, said, “We are thrilled to acquire this short film for HBO Latino that couldn’t be timelier in its message and more impactful in its cause. So proud that it is part of the New York Latino Film Festival and that we will have it on our platform in 2021.”

The deal was negotiated by Amanda Trokan and Leslie Cohen on behalf of HBO. The film was produced by Jenna Kelly, edited by Lila Place, executive produced by Brenda Avila-Hanna, Morgan Kays and John Trefry, and made in association with 4WT Media.