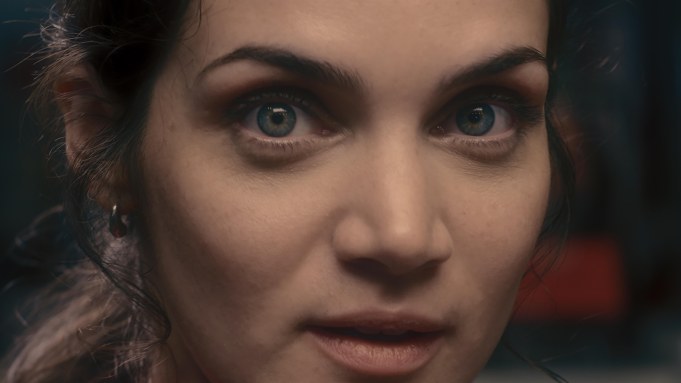 “After a bidding war among sales agents, we are happy to be able to have gone with FilmSharks for the sale of our second feature film,” said Marcela Matta, who co-directed the comedy with its screenwriter Mauro Sarser.

In “Ghosting Gloria,” the titular Gloria, played by Stefania Tortorella, is a single 30-year-old who has never had an orgasm. She finally finds her ideal lover but the only caveat is that he doesn’t inhabit the world of the living.

The trailer opens in a bookstore where Gloria works and a colleague asks her if she’s ever had an orgasm. One night, she is given an unearthly one, alarming her neighbors to her screams. She begins to enjoy the visits but when she takes up with a living man, her ghost manifests its displeasure.

“I just truly fell in love with cinema again thanks to ‘Ghosting Gloria,’” said Rud, adding: “At the beginning I thought I was nuts, but when I shared it with a few clients, they loved it too.” Rud said that he was already fielding offers from major players prior to Cannes and has producers from Spain and Mexico who want to remake the “high concept” film.

Uruguayan distributor Movie Center will release the comedy on the three largest circuits in Uruguay by the fourth quarter, said Rud. The directors’ debut feature, “Los Modernos,” had the same release strategy and had a 15-week theatrical run, rising to the No. 1 spot in the box office before playing in more than 25 film festivals in the world.

“Los Modernos” features two parallel stories about two women striving to find a balance between their personal and professional careers.