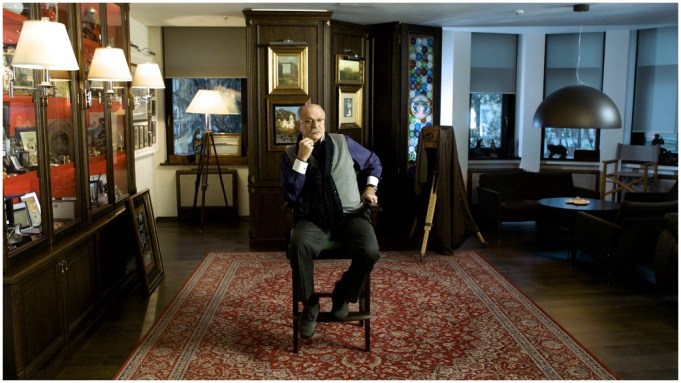 Russian multi-hyphenate Fedor Bondarchuk was riding high after a series of blockbuster hits when Hollywood came calling in 2014. Fresh off the domestic success of his alien invasion movie “Attraction,” and the World War II epic “Stalingrad,” Warner Bros. tapped him to direct a big-budget movie based on Homer’s epic poem “The Odyssey.”

But then a devastating economic crisis hit Russia, and the deal unraveled, with Bondarchuk deciding he couldn’t decamp to Hollywood at a time when his own country was reeling. It was a prescient move. Six years later, the domestic market in Russia is booming, international sales are growing by leaps and bounds, and Bondarchuk’s Art Pictures Studio has become one of the country’s more formidable production houses.

Before the coronavirus pandemic struck, 2020 was shaping up to be a banner year for Bondarchuk, who recently signed with CAA. The sci-fi thriller “Sputnik,” which Art Pictures produced with Vodorod Pictures, Hype Film, Russian Cinema Fund, NMG Studio and CTC Network, was set to premiere at the Tribeca Film Festival, and was picked up by IFC Midnight for U.S. theatrical release. “For genre films such as ‘Sputnik,’ it’s an extraordinary example with this release in the States,” says Bondarchuk.

Extraordinary, but not unprecedented for a producer who’s already paved a trail of international success. “Attraction” sold to more than 80 territories, while “Stalingrad” was the first Russian movie to be shot entirely in 3-D, and the first to be released in the IMAX format, earning a limited theatrical run in the U.S.

During the digital Key Buyers Event, organized by Russian film promotion body Roskino from June 8-15, Bondarchuk will be presenting his latest projects: “Psycho,” a TV series revolving around the lonely and confused inhabitants of an unnamed metropolis; and “Bondarchuk,” a portrait of the career of the director’s Academy Award-winning father Sergei (“War and Peace”). Variety has been given exclusive access to the documentary’s trailer.

“‘Bondarchuk’ is a very important film for me,” says Bondarchuk of his first documentary project. The film will trace the influence and legacy of a man who his son describes as “one of the only directors from the Soviet time to work globally.” The project was shot in Russia, France, U.K., Italy and the U.S., and features interviews with some of the director’s former collaborators.

This year marks the 100th anniversary of Sergei Bondarchuk’s birth, and the film follows on the heels of Amazon’s digitally remastered rerelease of his Oscar-winning epic “War and Peace.” “Bondarchuk,” says the director, is an homage to a storied career as well as a universal celebration of film. “It’s about cinema. It’s about our life,” says Bondarchuk. “It’s about us. It’s about the whole life we spent in cinema.”

“Psycho” is Bondarchuk’s first foray into dramatic series, and will launch later this year on Russian streaming service more.tv. The eight-part series marks a new direction for Bondarchuk that he partly attributes to the creative opportunities offered by digital media. “We are all crazy about digital platforms here in Russia,” he says. “It’s not like broadcast content. The content on these digital platforms is more free.”