‘Mulan’ International Pricing Details on Disney Plus Revealed, France Subscribers Get Film at No Extra Cost 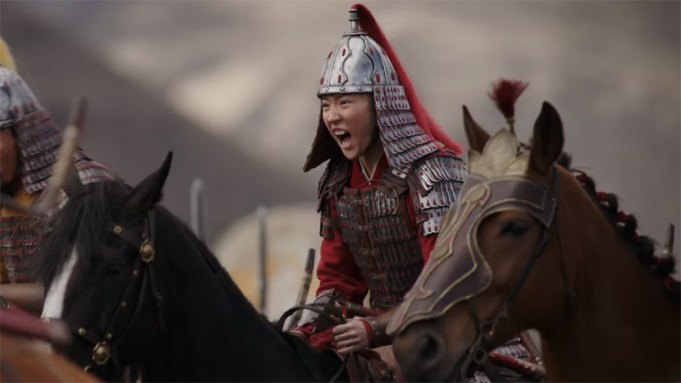 UPDATED: Disney has begun unveiling international pricing details for “Mulan” — and it’s a lower price point than the $29.99 expected for U.S. audiences. In France, Variety has now confirmed that the film won’t be released on Sept. 4, and will instead be offered to subscribers at no extra cost at a later date.

The highly anticipated live-action remake, which the studio revealed earlier this month would bow on Disney Plus on Sept. 4, is being made available on the U.K. platform to subscribers for £19.99, which is roughly $26. A search for the film on connected TVs teases the bombastic trailer and encourages users to add the film to a Watchlist and check out an info page online for pricing details. On the mobile app, the £19.99 pricetag is clearly made available.

This is slightly lower than the £23 most Britons — some especially perturbed by the figure — expected to pay after Disney said it would charge $29.99 per “Premier Access” download for “Mulan.” However, when announcing the premium VOD play for the film during Disney’s Aug. 4 earnings call, CEO Bob Chapek was clear that the “price point will be $29.99 in the U.S. and will vary slightly in other countries.”

It now appears Disney has set a roughly $26 price-tag for most of its Disney Plus markets.

Variety has confirmed that “Mulan” will cost €21.99 ($26.01) in most European territories, including Spain and Italy. Meanwhile, in New Zealand, it is priced at NZ$39.99 ($26.08), and in Australia, the film can be accessed for AUS$34.99, which is around $25.07, at current conversion rates. In France — where Disney’s decision to launch the film on PVOD drew the ire of the country’s vocal exhibition community — the film will be available to all subscribers as part of their regular package, though it’s still unclear exactly when it will be released on the platform.

Interestingly, a handy “Mulan Info” page for most territories has yet to be activated for India, which simply redirects users to the Disney Plus Hotstar landing page. The platform has yet to even tease the 2020 film on the platform, as it has started doing in countries such as the U.K., and only the 1998 animated version is so far available on the service.

Disney is likely to charge significantly less for “Mulan” in India, where a $26 rental price would amount to around Rs.1,932 — an astronomical amount when you consider an annual Disney Plus Hotstar subscription (premium tier) costs Rs.1,499 ($20).

Disney Plus launched last fall in the U.S. and Canada, as well as the Netherlands, Australia and New Zealand. The service launched on March 24 in the U.K., Ireland, France, Germany, Austria, Switzerland and Italy. The service has said it expects to launch in “all major markets” with more roll-out plans in the works.

Chapek confirmed in August that “Mulan” will play in theaters where there are “no announced launch plans” for Disney Plus, and where theaters are open. In China, the film is set to receive a theatrical release, though no date is currently set. “Mulan” will also play theatrically in markets such as Singapore and Malaysia.