Continue to Variety SKIP AD
You will be redirected back to your article in seconds
Sep 10, 2020 10:37am PT 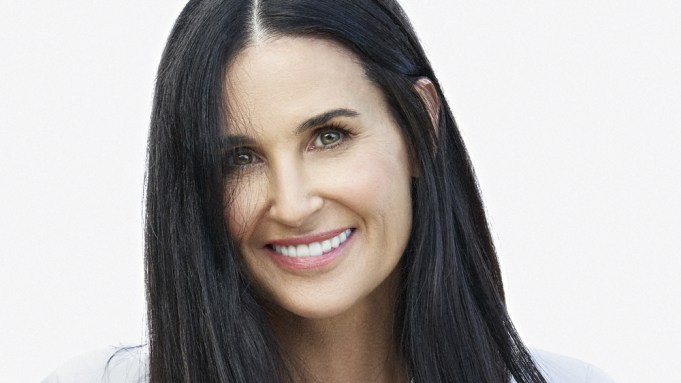 Demi Moore was unable to come to the Venice Film Festival, which is hosting a series of virtual talks, titled “Life Through a Different Lens: Contactless Connections,” with Mastercard, which the actress launched Wednesday. But she assured the moderator that she is doing really well, and staying positive, despite the threat of COVID-19.

“I know how fortunate I am,” she said, during the conversation, accompanied by a cameoing pet and a vintage doll of Marlene Dietrich. “We are all going through this, but we are not having the same experience. I feel timid to say that, but I am finding goodness in this challenge. I tend to look for what something is giving us as opposed to what it is taking away.”

Listing favorites from “The Philadelphia Story” to “Kramer vs. Kramer,” Moore shared what has inspired her throughout her career. “When I think of ‘Indecent Proposal,’ ‘Disclosure,’ ‘G.I. Jane’ and even ‘Striptease,’ they all brought forward very provocative questions. It was about things that pushed me beyond what I knew. So much of what has inspired me was about exploring how to love myself.”

But it was a well-known director that gave her another push. “I was invited to watch the taping of ‘Happy Days.’ Garry Marshall was there and out of nowhere, he said: ‘If you could harness that energy, you could really do something with it.’ It was almost like a divine message.”

Still devoted to cinema as a format, Moore talked about her beloved roles, such as in “Ghost” – “I had to learn how to work a potter’s wheel!,” she said – but also the upcoming “Songbird.” “It’s about a pandemic in the near future that we shot during a pandemic. My character is a mother and a wife who has resorted to black market dealing to survive,” Moore said. “It’s a world that has separated those who have and those who have not. If you are immune, you have a free pass to move about.”

But while film is her passion, she is ready for more. “The one thing I haven’t had the chance to explore is a long-form, high-end series. It’s an opportunity to develop a character over time,” she said.

Eager to work with more women, following Shana Feste’s narrative podcast “Dirty Diana,” Moore underlined the need for representation. “It’s one of the strongest ways in which we can support women. Knowing there are others, taking on roles that have been predominantly male, is what makes the difference,” she said.

And as for advice for actresses? “It’s a different time, but the common denominator is that you really have to want this. And be willing to put in the effort, knowing you are going to face a lot of rejection. Don’t take anything personal. And don’t look for someone to validate you,” she said.