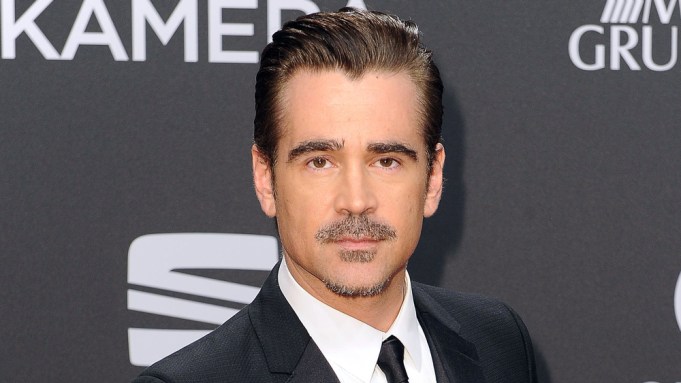 Colin Farrell (“The Lobster,” “Dumbo”), whose eclectic acting career underscores a desire to venture off beaten paths, took time during lockdown to share with Variety his thoughts on stepping into virtual reality with “Gloomy Eyes,” a critically acclaimed series that world premiered at Sundance in 2019.

The three-part animated VR series, which won prizes at the SXSW and Annecy festivals, is being launched Thursday across all VR platforms, including Oculus Quest. Farrell narrated the poetic, visually-pleasing series, playing the role of a lonely zombie boy who falls in love with a young human girl. Their love transcends boundaries in a world where zombies are outlaws. “Gloomy Eyes” was directed by Jorge Tereso and Fernando Maldonado, the duo behind the animated short “Shave It.” It’s produced by Atlas V and 3dar, and co-produced by Arte, RYOT, Vive Originals and Oculus with the support of the CNC, SACD, the Procirep and the region Auvergne Rhone Alpes Cinema.

What made you want to take part in “Gloomy Eyes”? What appealed to you?

I was initially shown the artwork and I just thought it was a stunning visual world that the two guys had created, and the story had a simplicity to it; a sweetness that was impossible to deny. I have never done anything that was VR before, so I was interested in the technology. It was a pretty easy decision to be a part of it.

How different was it for you to work on a virtual experience compared to your usual work?

I had done voice work for an animated film called “Epic” years ago and it wasn’t completely dissimilar from that. My involvement all took place in a sound booth. It was nothing like what I am used to doing, which of course involves being on a set; it’s more physical, with costumes and makeup and that kind of total design of a character. But at the end of the day, I suppose fundamentally if you are an element involved in bringing to life a story — which is all I feel I ever am as an actor — well, then, fundamentally it was the same thing because I was using my imagination and my voice to be a spoke in this wheel. I felt totally trusting of what they were willing into being. I was both very curious and blown away by the beauty of what they created.

What do you think about virtual reality as a storytelling medium? Do you think this new medium will have a future for the next generations ?

As a fan, not even as someone who was a part of bringing this film to life, I’d say yes. I don’t even know if it is called a film or a story or what have you. This is not something that I’ve had any ambition to be involved in per se or something I’ve pursued, but through good fortune it came to me. As a fan of storytelling whether it is literature, fine art, music, theater or film, I think it is astonishing what they were able to do. I was so blown away and moved because essentially the same rules (that) apply to literature, film and stage, apply to this, which is that you have to care about the characters you are observing or you have to be drawn through some invocation of empathy into the narrative. I was really moved by the story; it is very simple but also incredibly moving and magical in many ways.

Would you bring VR into your home?

Sure, I don’t see why not. There are so many forms of entertainment that are available right now. As a dad I wrestle with trying to get the kids off the iPad or having a certain allotment of television time. So, I am not sure how much I need to bring another form of entertainment or escapism into the house (laughing). I did get the opportunity to have the guys come by my home when my youngest son, who is 10, was with me. He got the opportunity to see “Gloomy Eyes” from start to finish and he was totally blown away. It was actually really beautiful to watch him with the headset on because with the shapes his mouth was making, I could literally see how awed he was by what he was experiencing while he was experiencing it — the sheer wonder. So yes, I would recommend it. It is fun for kids and fun for the whole family. It’s not really age specific; I feel that “Gloomy Eyes” plays for adults as well as it plays for children.

How was working with Fernando Maldonado and Jorge Tereso? How did they direct you?

They were cool to work with; it was so easy, it was really laid back. They are incredibly passionate creators the two of them. They love what they do. They were incredibly generous in articulating the genesis of this story and also the backstory of my character, the Grace Digger, and we discussed themes such as loneliness and isolation, regret and sadness, hope and young love, and all of these grand events that we deal with in our everyday lives as human beings.

Would you consider participating in another virtual reality project again?

Absolutely. If it was with these guys without a shadow of a doubt. If it was anybody else, I am open to doing anything as an actor. I enjoy my job so any kind of storytelling I am innately interested in; I always have been. But if it was with these guys, particularly, yes, in a second, I would love to do something else with them. I really felt like I snuck in the back door on this one and had to do very little to be a part of something very beautiful and quite profound.