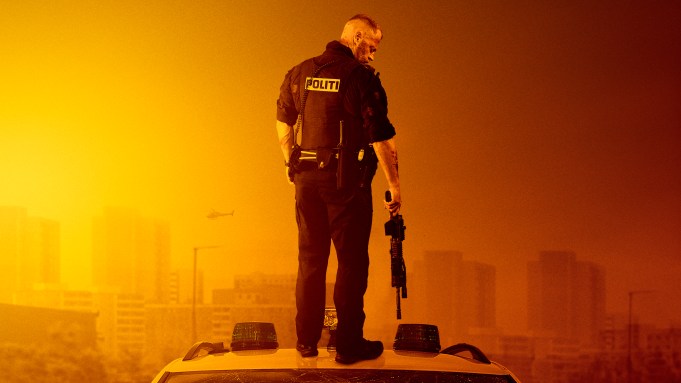 Charades is unveiling a clip for “Shorta,” the anticipated Danish action-packed movie directed by Frederik Louis Hviid and Anders Ølholm.

The timely film unfolds in the aftermath of the killing of 19-year-old Talib Ben Hassi while in custody. “Shorta” follows two police officers, Jens and Mike, who are on routine patrol in a minority-heavy neighborhood when news of Talib’s death breaks, igniting a violent riot. Suddenly, the two cops find themselves trapped and must fight to find a way out.

Charades is representing the film in international markets and will kick off sales at the virtual Marché du Film in Cannes. “Shorta” was produced by Toolbox Film (“The Hunt”) and was believed to be in the pipeline for a world premiere at Cannes. The movie will be released in Denmark by Scanbox Entertainment.

Dealing with racism and police brutality in Denmark with a sharp visual style, “Shorta” was presented at Les Arcs’s work-in-progress and Goteborg’s Nordic Film Market where it was considered a highlight.

“Short” marks the feature debut of Ølholm, who previously wrote the scripts for the superhero trilogy “Antboy,” and Hviid, whose short film “Halfman” won a prize at Cannes Lions in 2017. It stars Jacob Lohmann (“The Translators”) and Simon Sears (“Winter Brothers”).